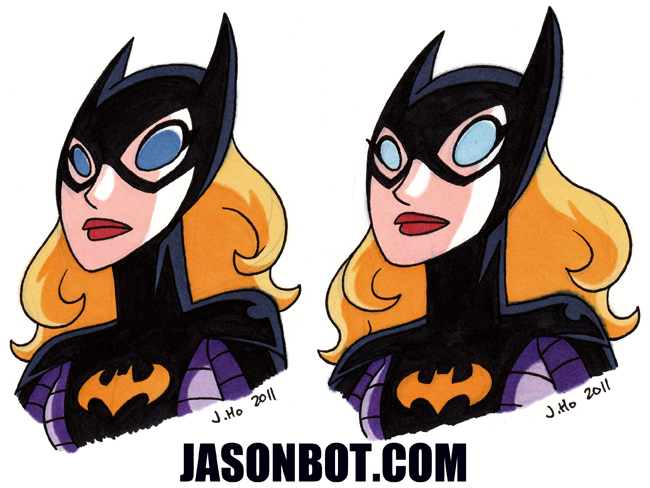 I had two requests for today’s leftover commission:

For a long time, Robin was one of my favorite ongoing comics, so naturally, Stephanie Brown (Robin’s ally and sometimes love interest) became one of my favorite characters. I prefer her as Spoiler, but she’s still fun to draw as Batgirl.

And at no extra cost to you, dear reader, here are some more leftovers, which happen to be repeats of some of the commissions that were not leftovers:

I have a few more repeat requests in the bank, but I’m saving those for a themed post…

Today I am presenting the twenty-first and final round of commissions that I’ve finished for Help the Cheerleader. To read more about my involvement with this fundraiser, please CLICK HERE and HERE

Here are the final 5 sketches for the honor system donors:

This blog is like… 98.73% goofiness, but I want to seriously talk about all this for just a minute.

The Help The Cheerleader fundraiser was a success, and I’m proud to have been able to contribute something. Moreover, I want to thank every person who gave to the cause and/or helped spread the word.

I’ve never gotten into discussing the details of this case, because while I have done my best to stay informed, I can’t profess to be an expert. However, it does not take an expert to understand that sexual violence is prevalent in the world we live in. The statistics will leave you at a loss for words. We live in a culture that often turns a blind eye to these horrific acts, and even worse, will often persecute the victims of these acts, preying on their already compromised sense of stability, safety, and self-worth.

Be informed, be compassionate, and if you are able to (I know it’s tough with the economy), please donate time and/or money (within your means) to a charity that you trust and believe in.

As always, thanks for reading!

Here’s the twentieth round of commissions that I’ve finished for Help the Cheerleader. To read more about my involvement with this fundraiser, please CLICK HERE and HERE

Tune in next week for the FINAL round of commissions! Thanks for reading!

Today I’m posting another round of commissions for Help the Cheerleader. To read more about my involvement with this fundraiser, please CLICK HERE. Before I get to the sketches, I have two announcements…

Thank you, once again, to every last person who donated (whether or not they were able to get a sketch), and to every person who helped spread the word!

As of earlier this week, ALL COMMISSIONS HAVE BEEN COMPLETED AND DROPPED IN THE MAIL!

I still have a couple weeks’ worth of commissions to post, so please stay tuned! For now…

Here are the last 3 sketches paid for by donations to Help The Cheerleader: 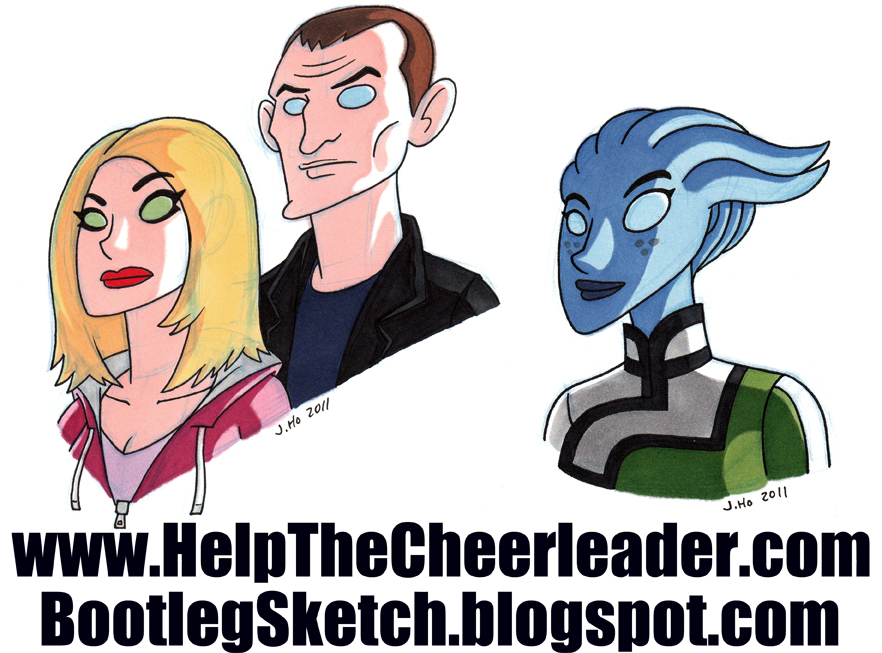 AND… the first 5 sketches for the honor system donors.

And by the way, K9 had shutter shades long before Kanye ever did.

As I am ornery and unpleasant, I rarely take requests or even suggestions. However, my good pal Jacob suggested the first incarnation of Doctor Who‘s nemesis, the Master, as portrayed by the late Roger Delgado–this was too good of a suggestion to pass up: 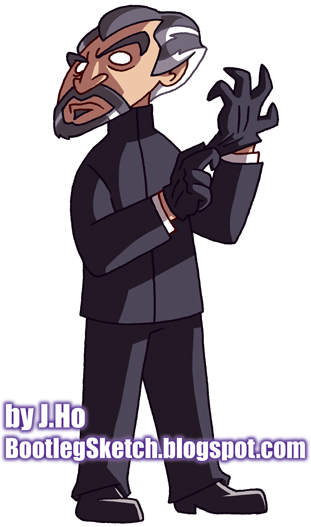 Note to self: Start shopping at the same suit store as the Master, Han, and Blofeld–it’s step one towards becoming a bad-ass 70’s super-villain.

The eleventh and current incarnation of the Doctor:

This is a decent likeness, even if I do say so myself. Of course, it helps that Matt Smith has a pretty unique look. With that giant head of hair, he’s almost like a palette swap of Conan O’Brien. At any rate, I think he’s doing a good job as the latest Doctor.

Ok, I guess Gallifrey Fridays is going to be a thing. Here’s the First Doctor: 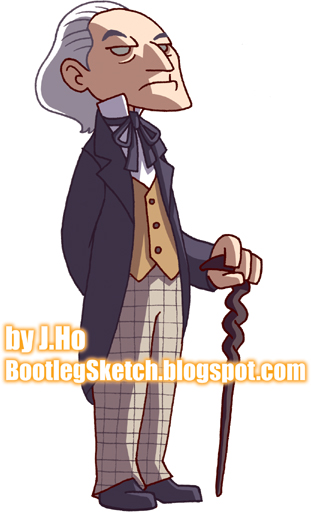 Two things… First, I don’t know whether or not “Gallifrey Fridays” is going to be an ongoing thing or not–this was kind of an impulse piece (though there certainly are other Doctor Who characters that I’m interested in drawing). Second, is Gallifrey the wussiest sounding fantasy/sci-fi name you’ve ever heard or what? 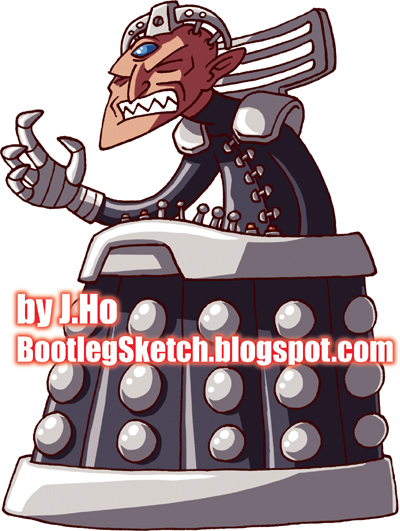 February 2, 2007 ~ J.Ho ~ 5 Comments
Turning anything into a baby, makes it cuter… right? This baby Dalek is for Karen, who got the entire office hooked on the new Doctor Who: 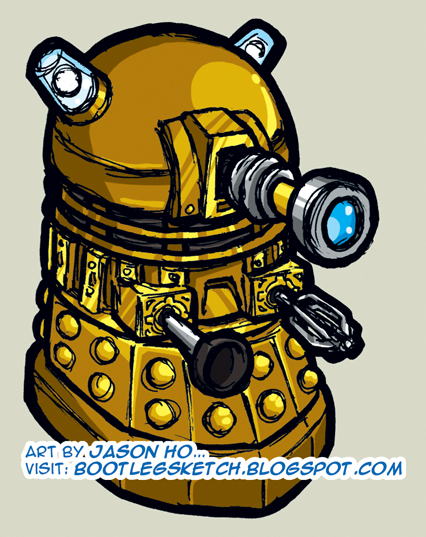 I don’t think this piece was completely successful. Instead of looking like a super-deformed Dalek, it kind of just looks like a misdrawn Dalek. What do you think?

Anyways, it’s colored gold, as per the most recent incarnation of the Daleks. A semi-significant art note, for anyone interested in the details–this is the first sketch I’ve posted where I’ve completely left the line art in black. If you go back and look at previous sketches, in each one almost all of the outlines are in color. Even most spots where the lines appear to be black, a closer look will reveal that it’s usually a very dark grey, brown, or blue. The purpose of this is to “soften” up the sketch–excessive amounts of black sketch lines can look very harsh. However, harshness, I thought, would go well with a Dalek.

Post Script: Regardless of what you think of the old Doctor Who (or even if you know nothing about it), give the new series a shot–it’s a good time.