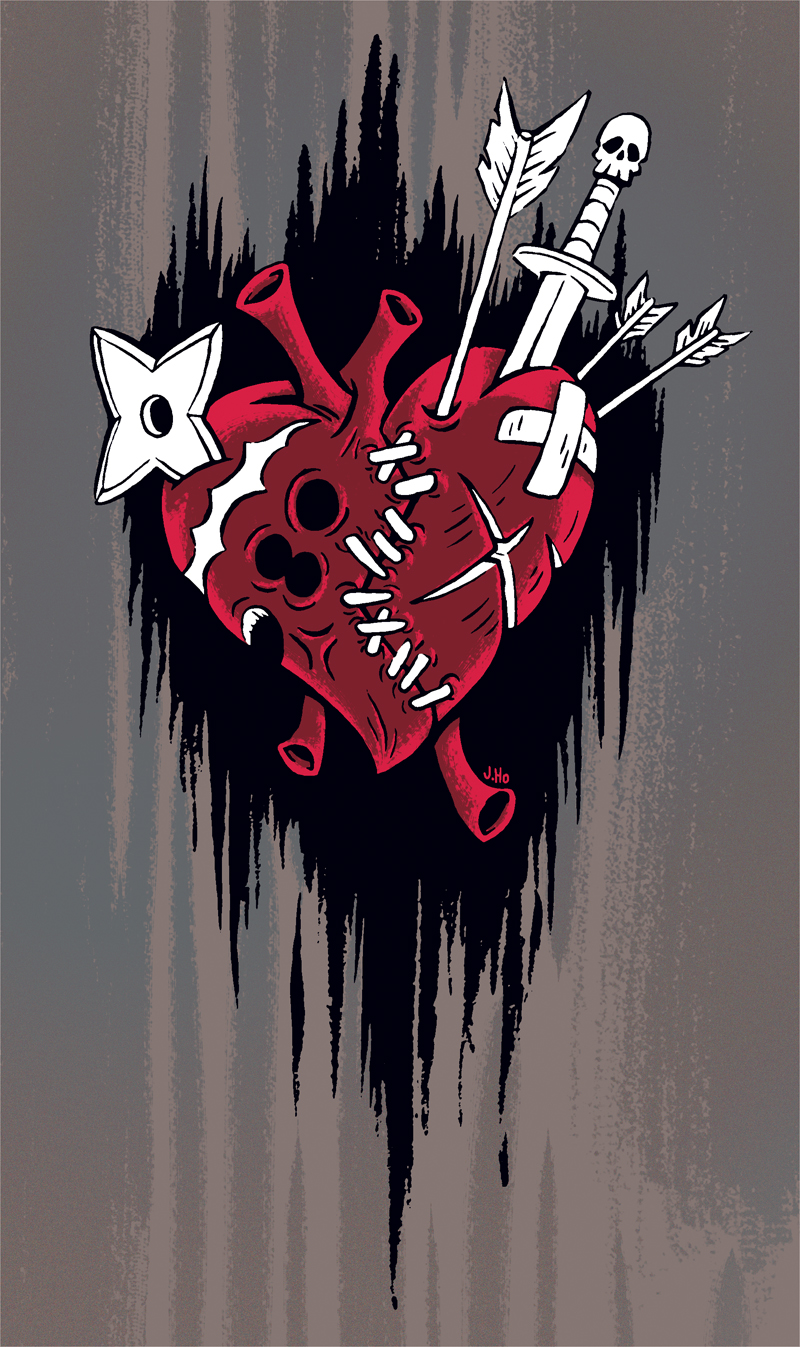 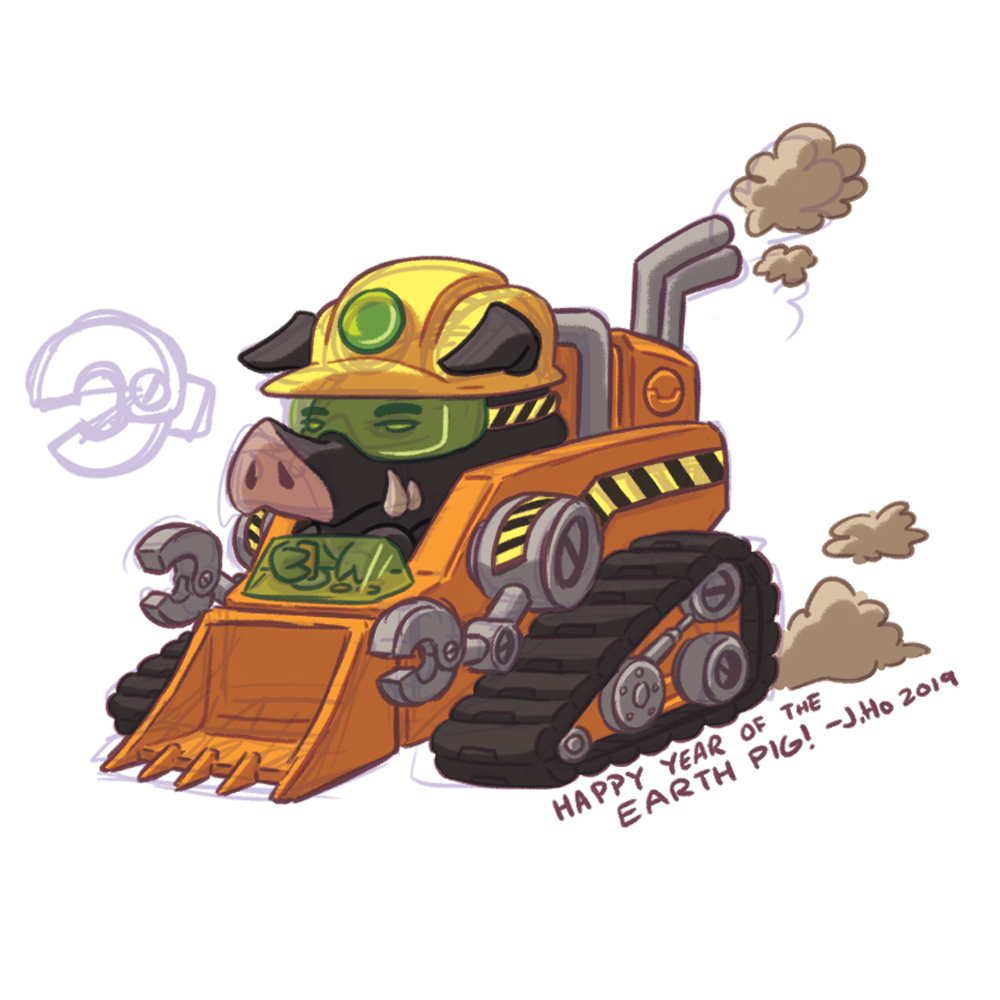 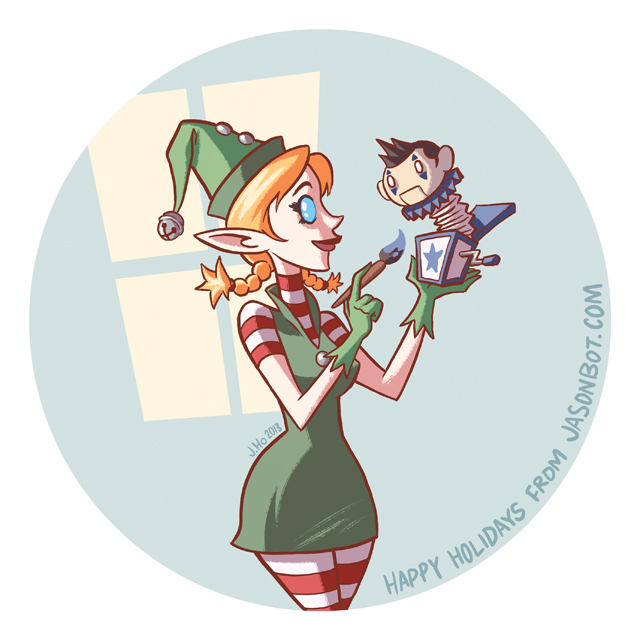 This pose is pretty much a cheap rip-off of my previous post. But my holiday wishes for you, Dear Reader, are sincere… Merry Christmas and Happy Holidays! 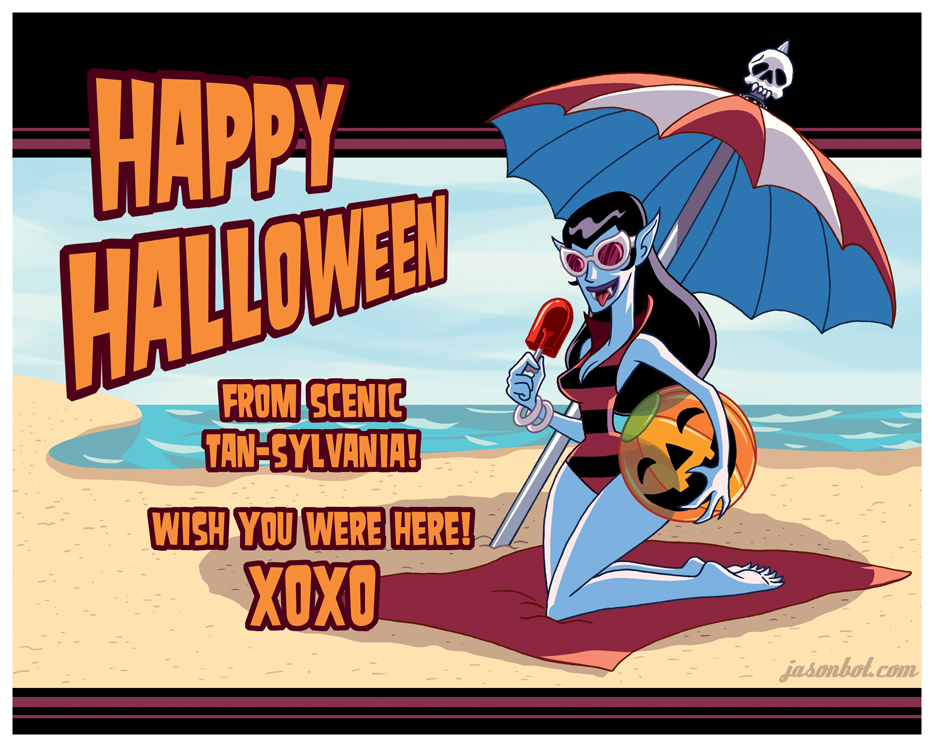 Okay, I posted twice this week. I think I deserve to eat an entire bag of Take 5‘s now.

Busy, behind, stressed, but still alive. 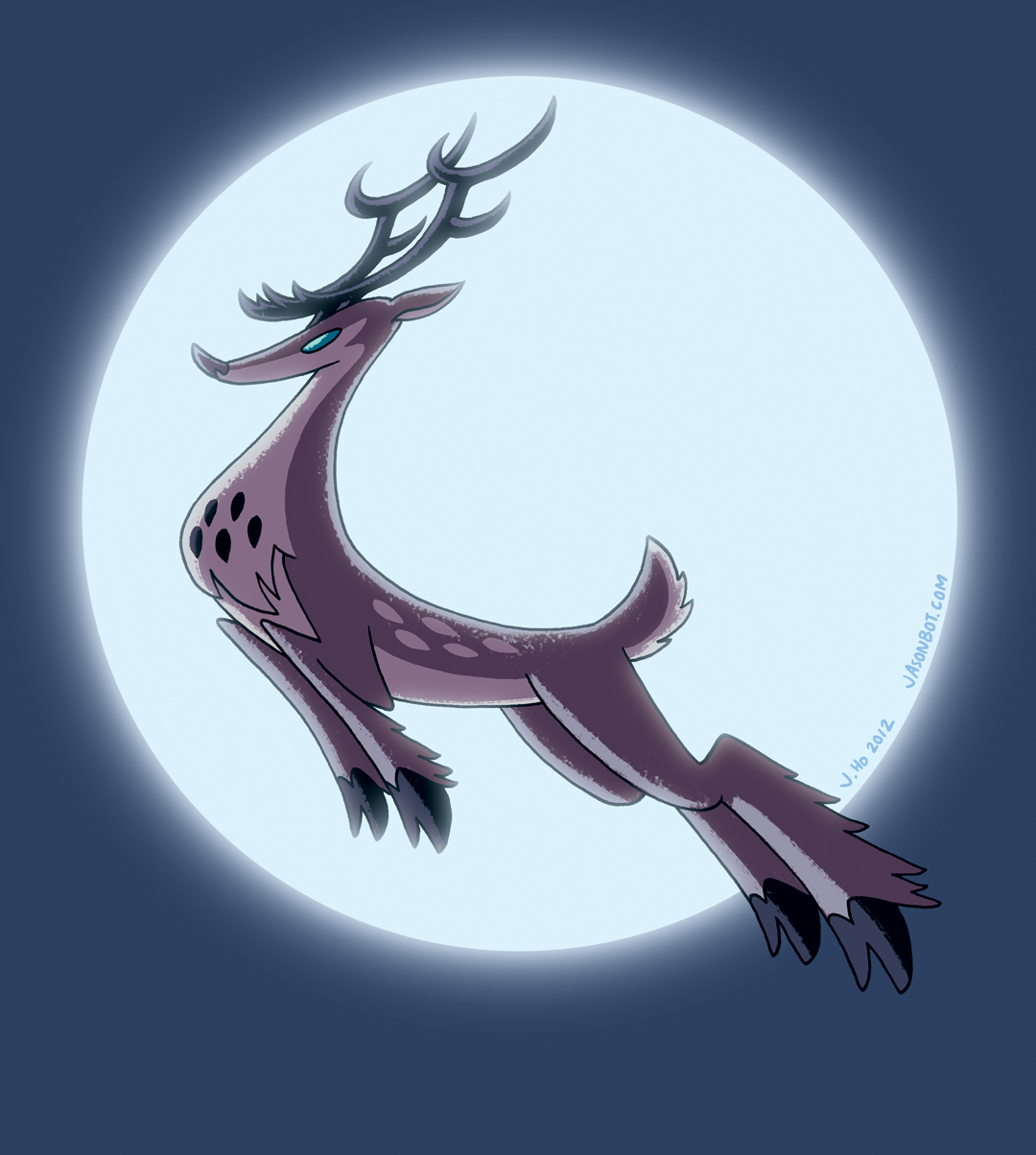 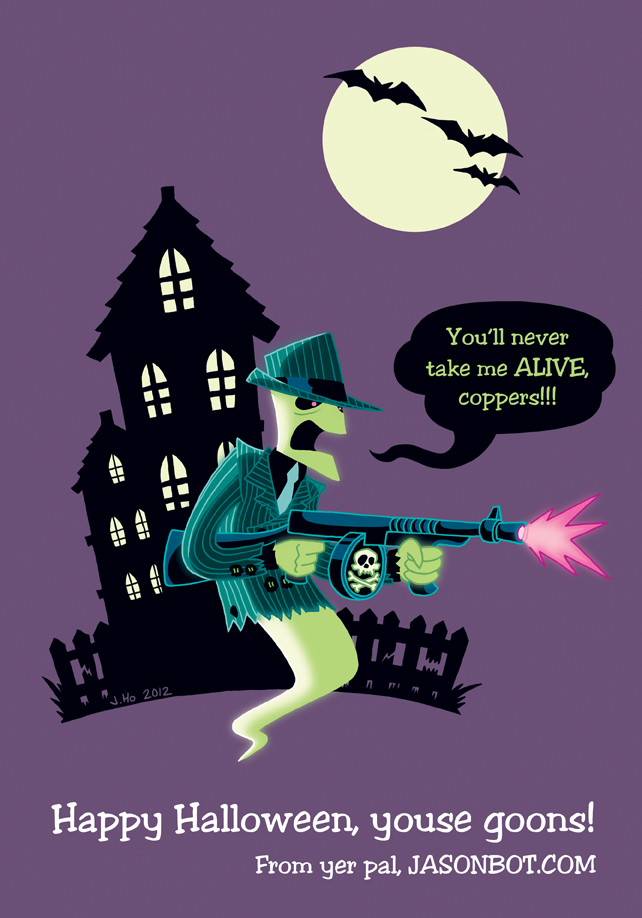 You see, they’ll never take him alive, because he’s already dead. GET IT?? I TOLD YOU I’M HI-LARIOUS! HAPPY HALLOWEEN, SUCKERS!

(I’m behind a post, but I have stuff incoming later this week… ) 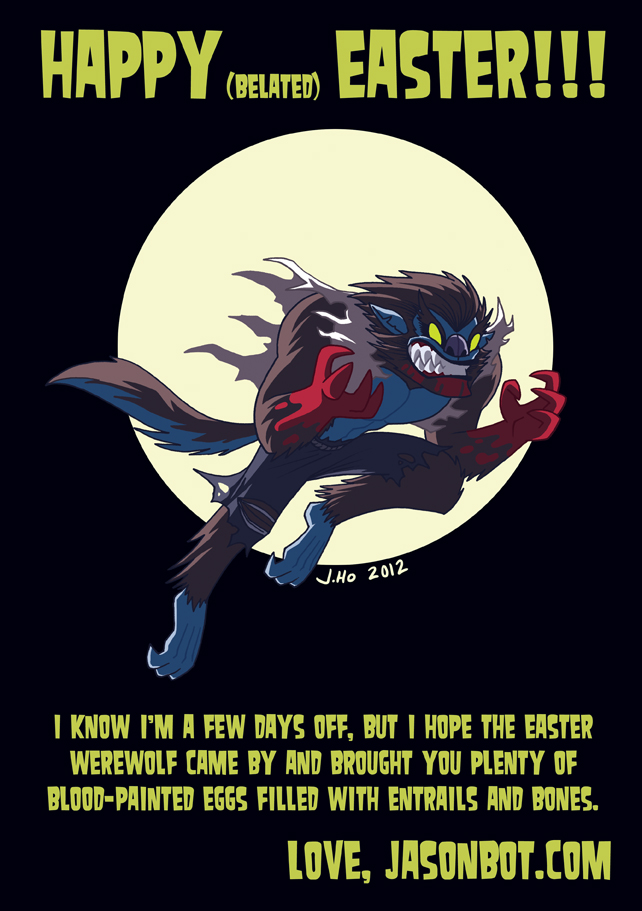 It’s possible that I got confused again. 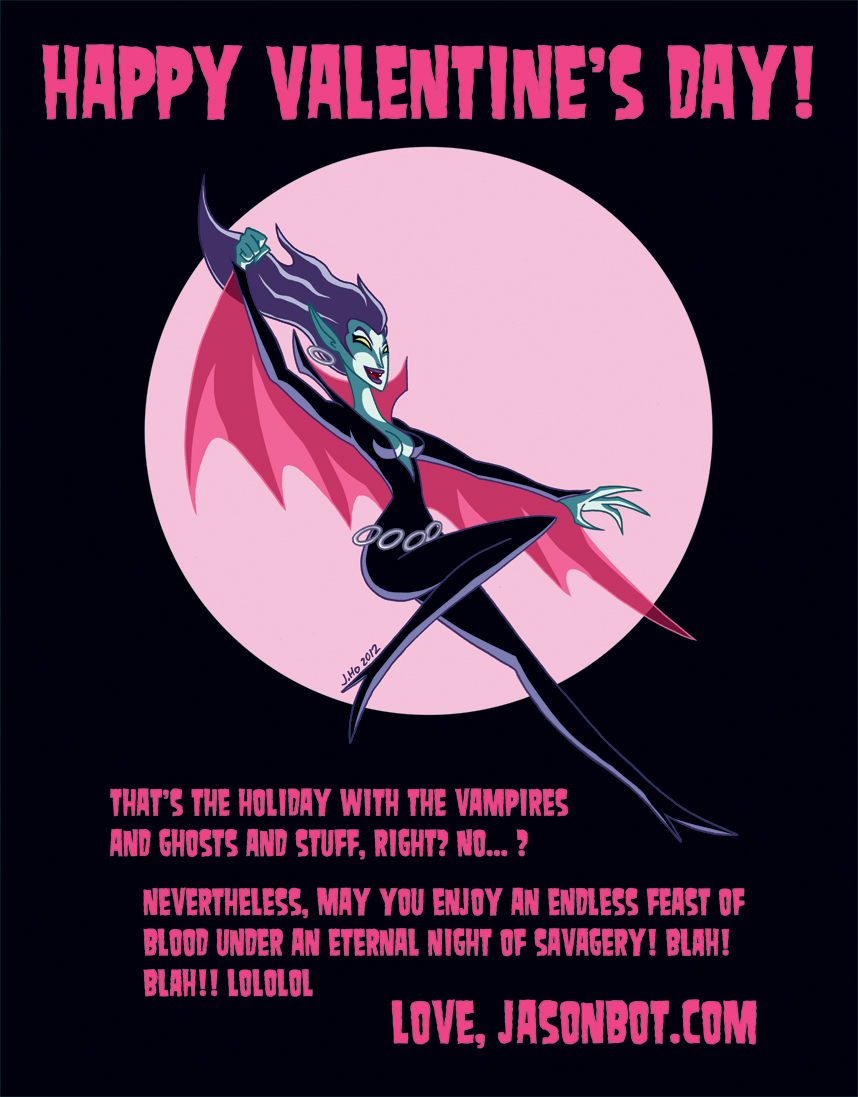 (Posting early for the holidays!) 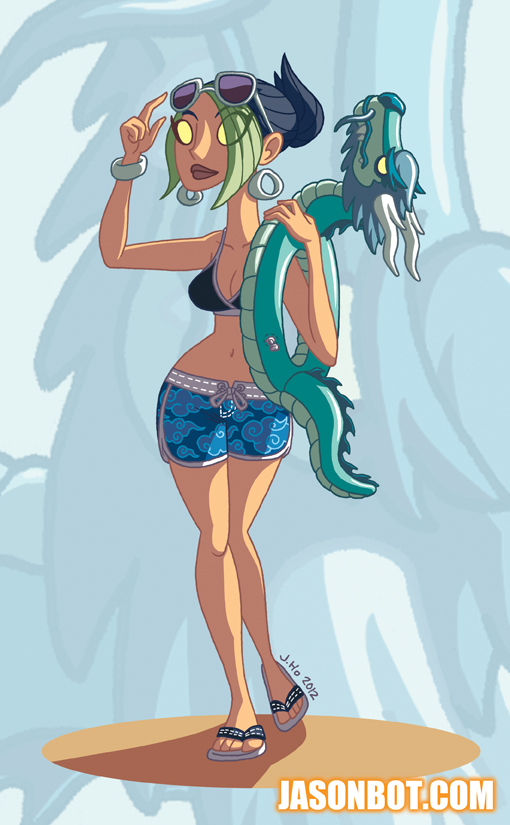 Drawing Lunar New Year pin-up girls is becoming a bit of a tradition around these parts. Feel free to check out my previous efforts:

As per the traditions of my people (my people = procrastinating nerdy illustrators), I’m posting a Christmas blog barely in time for the holiday.

Today’s drawing is an homage to the holiday season, the Aurora Borealis, and to Shotaro Ishinomori, the father of the Japanese Superhero. Ladies and gentleman, I present to you the cyborg snowman, SNOWBORG 12-25! 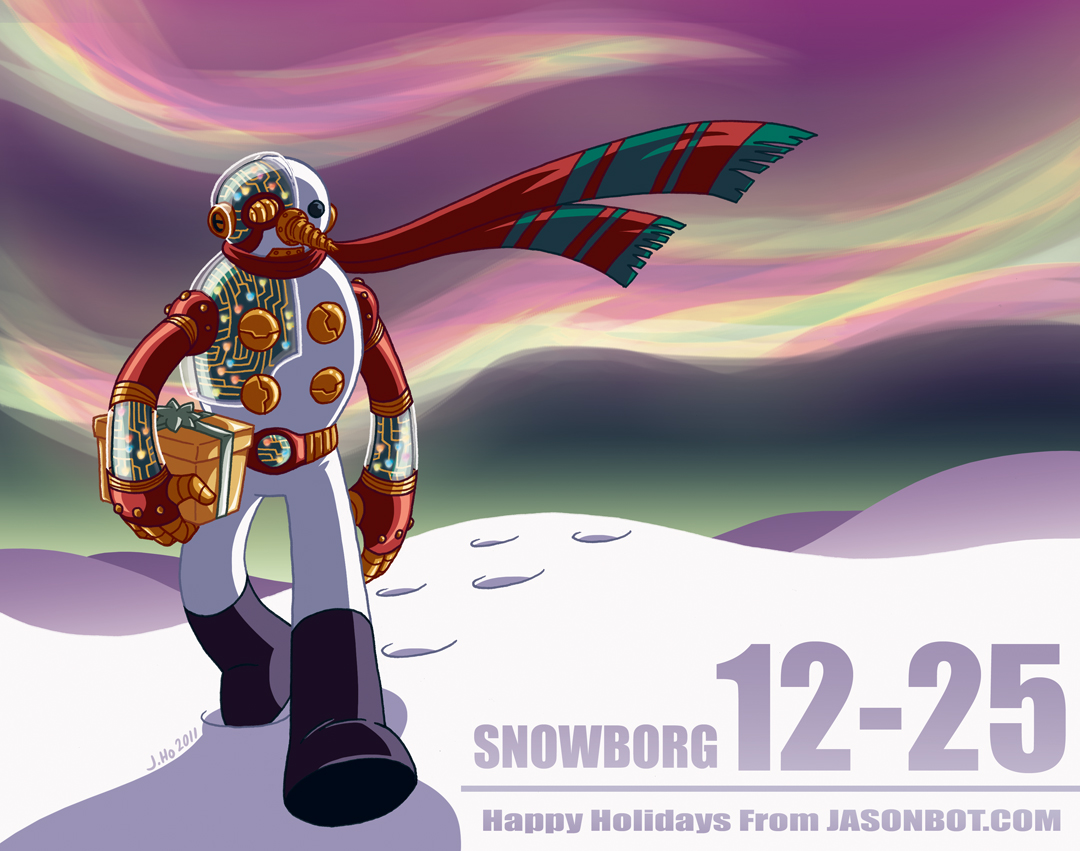 This was supposed to be quick and simple, but I got really into making it SHINY in the coloring stage. Since I haven’t been doing much digital coloring recently, I think maybe this was exactly the right thing to get me to brush the dust off the old tablet.

Happy Holidays to you and yours, dear reader!

Take note, waiters and waitresses: If there are colored pencils left behind at my table because children were amongst the previous occupants of said table, I will draw a werewolf on my placemat: 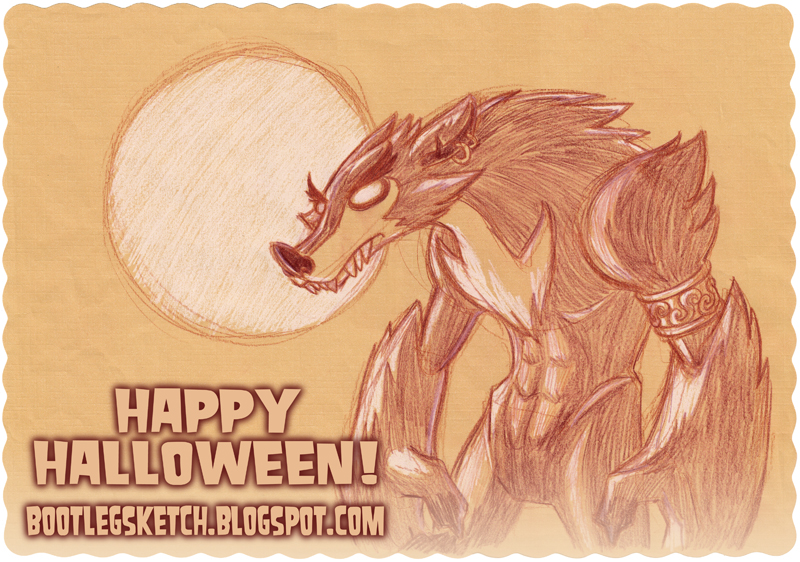 Basic line-work was all finished at the restaurant, a few months ago. Further color pencil rendering, computer clean-up/effects/type were done this morning. Because I care that much about you, Dear Reader.

Still working on Help the Cheerleader commissions, naturally, but this week I’m taking a break to post something else…

If I happen to come across an orange and a yellow marker as a pair, my brain immediately sets itself towards the drawing of a candy corn-motiffed woman who is armed with a candy corn chained flail and vaguely Audrey Hepburn-esque style. And here she is: 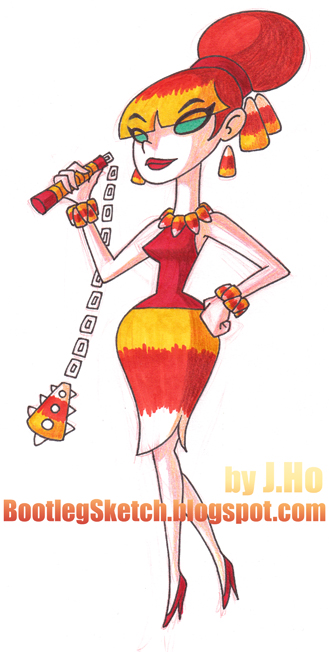 I drew this several weeks ago, but since October and November is the season of the candy corn, I saved it until now. 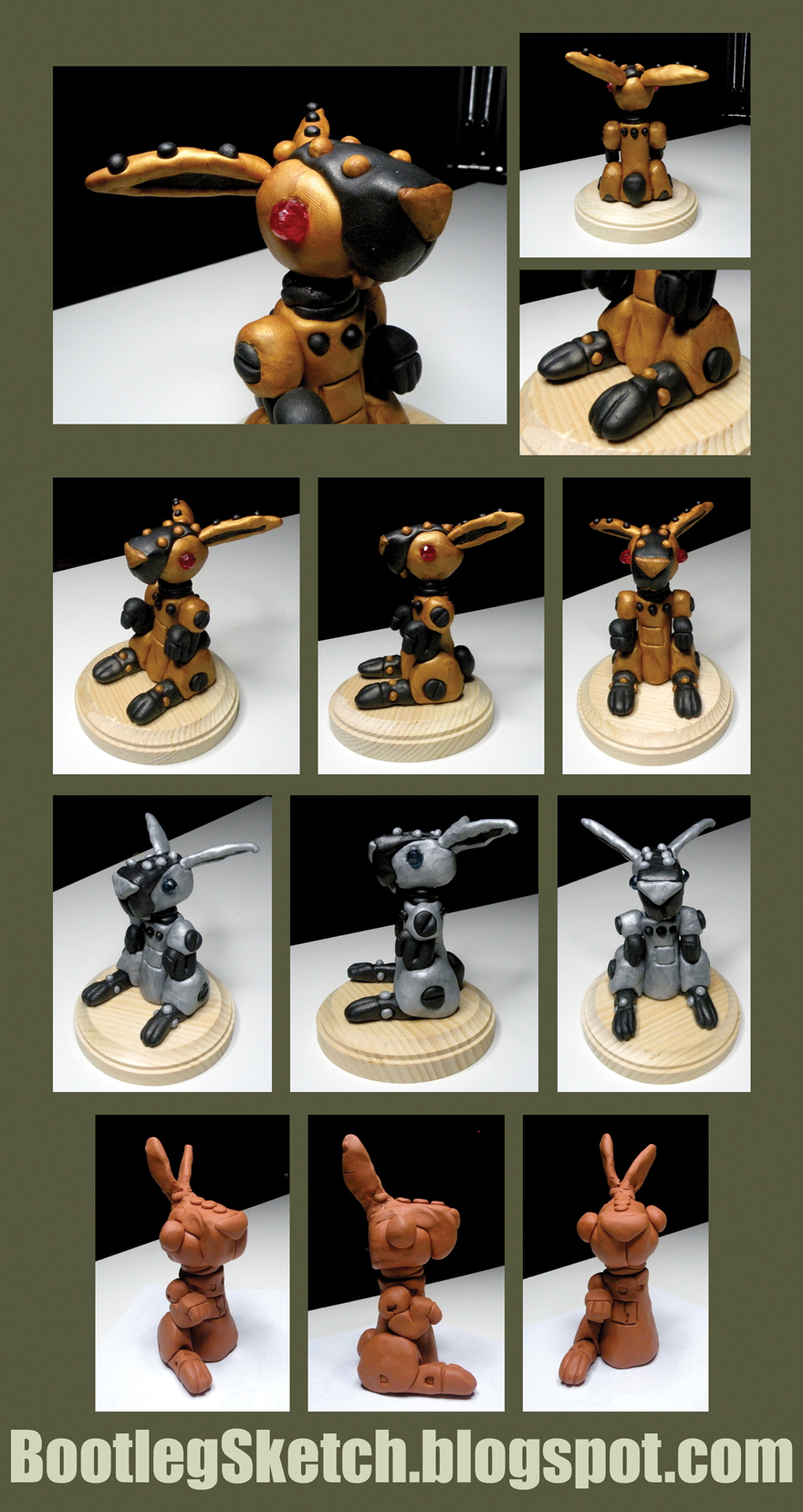 I crafted this piece to stand in contrast against the one I drew last year. And yes, her bling is a gold carrot pendant. Hey… carrot, karat! How clever am I? That wasn’t even on purpose! I am crushing it today! 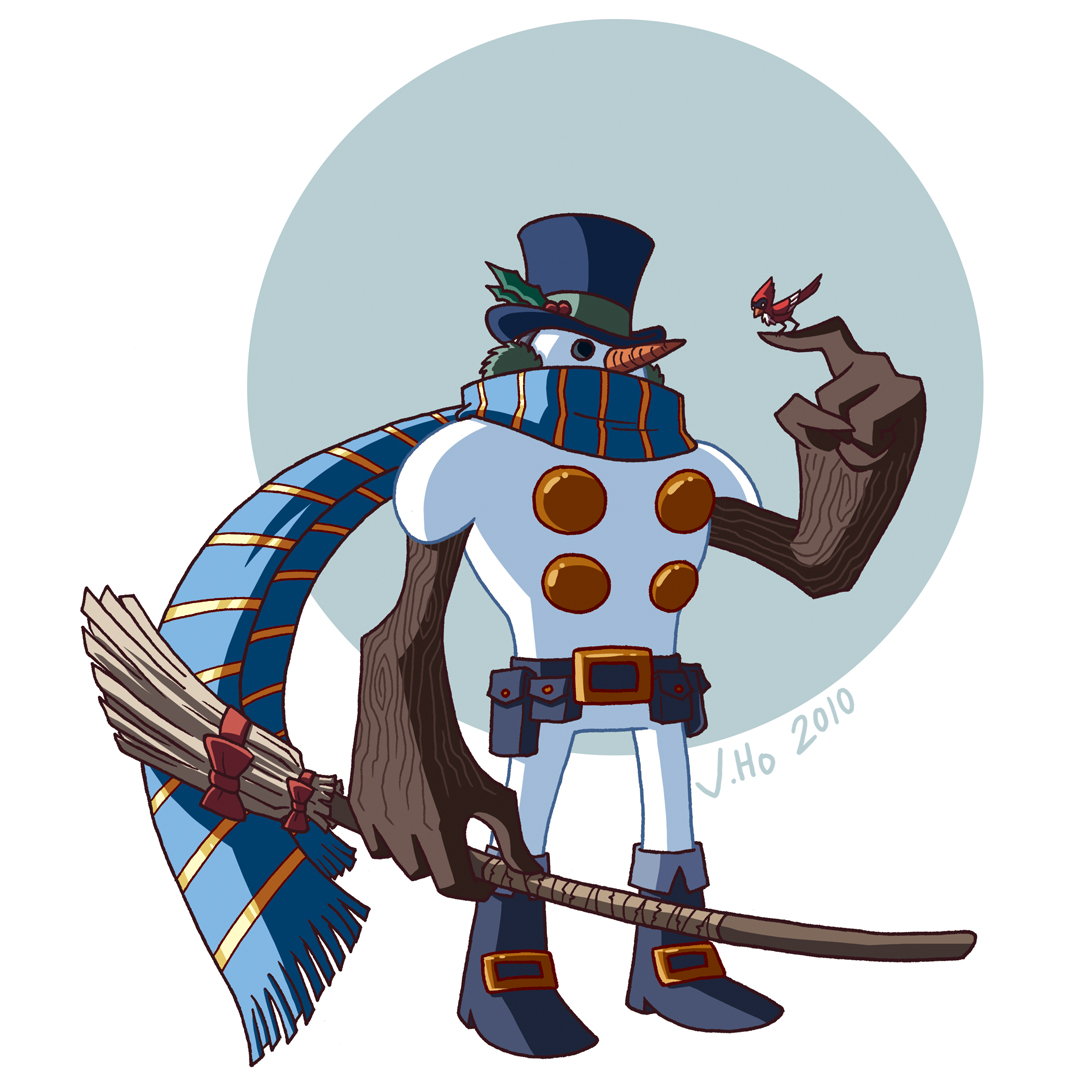 Almost there with setting up the new computer, but I’m not yet quite able to do my normal computer coloring thang. Which is why you get this seemingly random piece today: 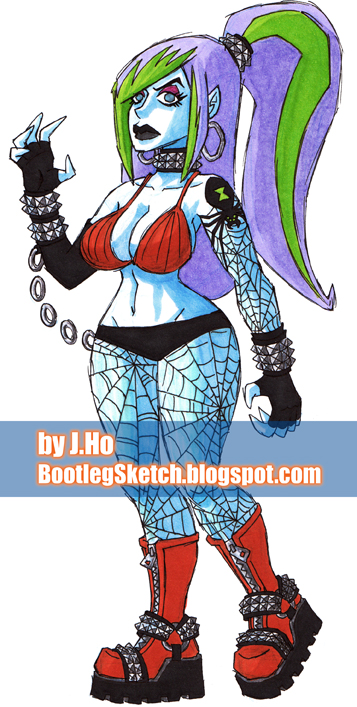 I had some surplus of holiday spirit left after last Halloween, so I whipped up this pen sketch and slapped some marker colors on it. In theory I would have saved this for October of this year, but I am tired and defeated after dealing with my computer situation for the past week and a half. HAPPY HALLOWEEN EVERYONE!!! 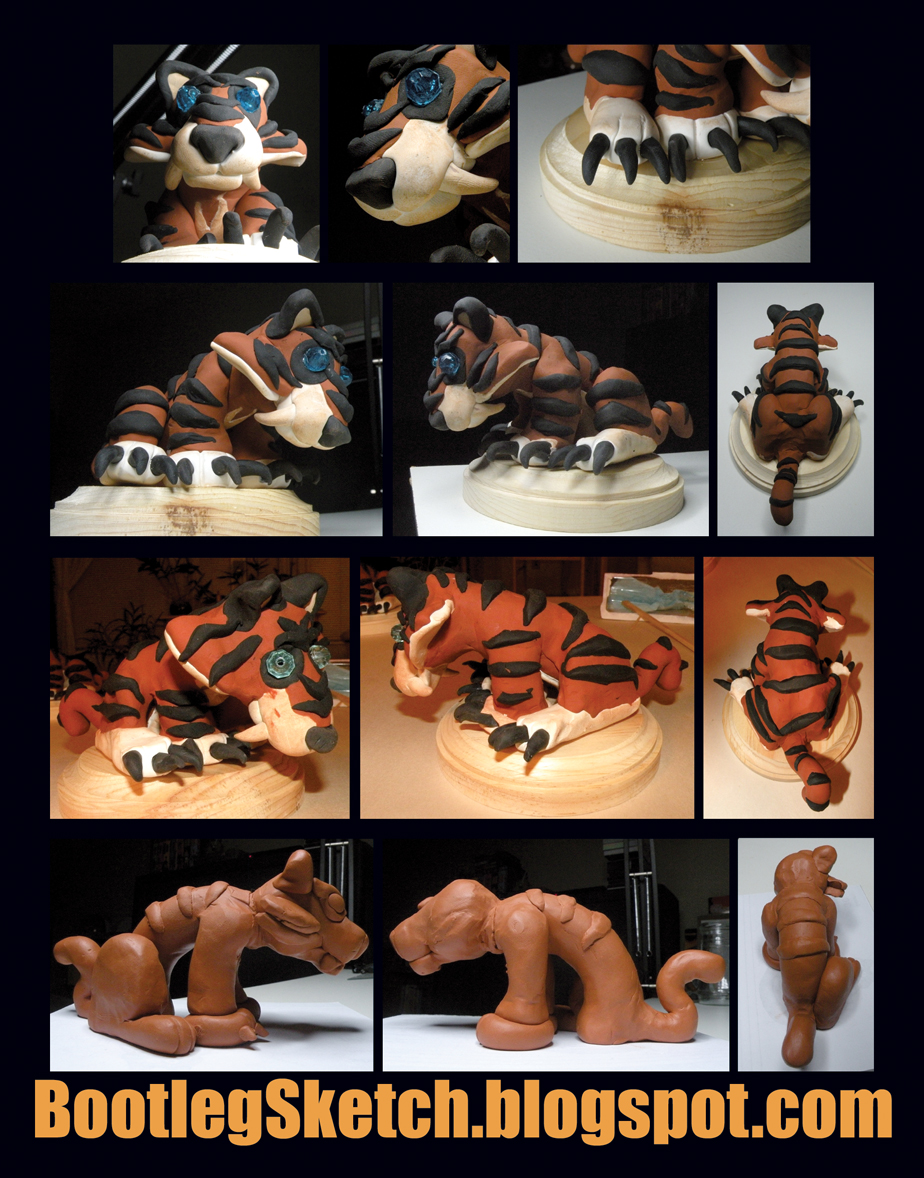 Chinese New Year falls on Valentine’s Day this year. However, like non-Chinese New Year, the festivities take place on New Year’s Eve (in this case, Saturday the 13th), so please plan your celebrations accordingly. Incidentally, it’s the year of the Tiger: 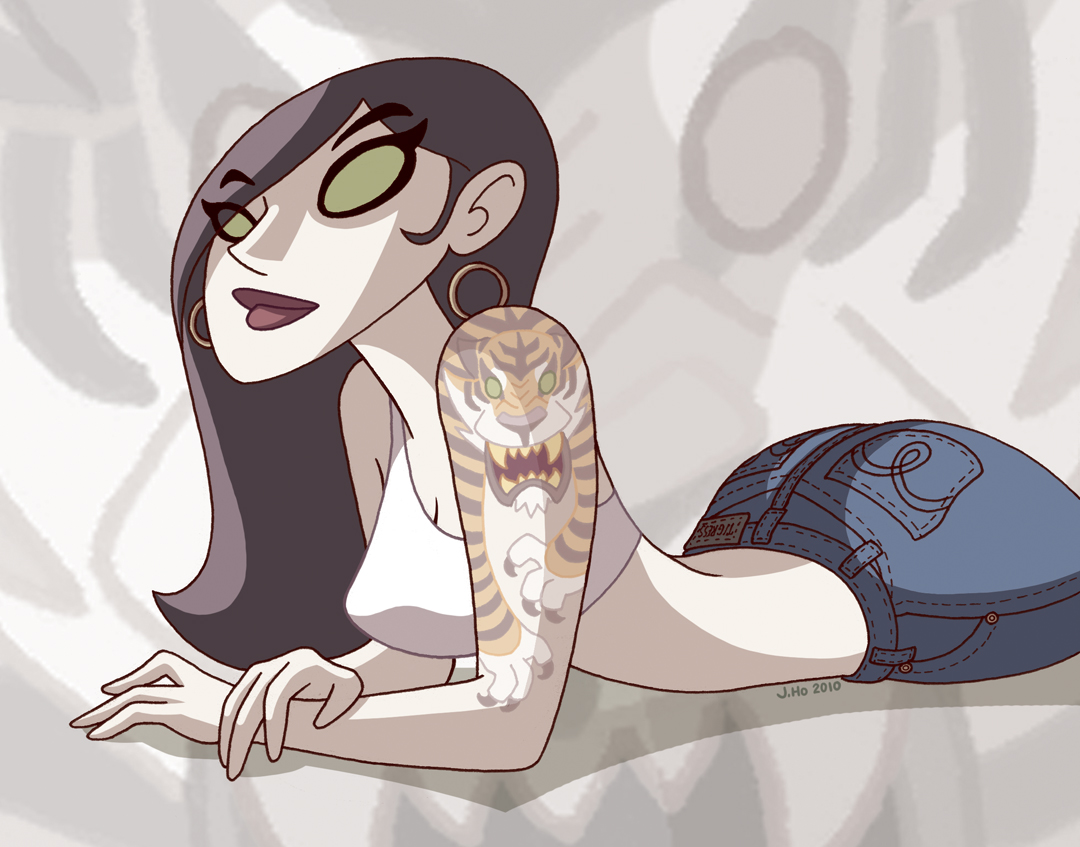 This piece was a lot of fun to draw and color. I wanted to do something less direct than my typical “here’s a picture of this year’s Chinese Zodiac animal” schtick, and I’m happy with the results.

What is this hero’s connection to the Shinobi Santa, Kage Kringle??? 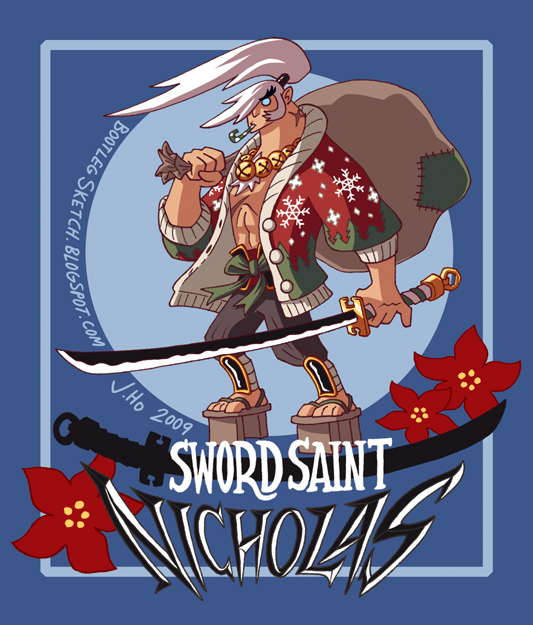 I’ve made promises in the past that I have yet to make good on. So maybe this is something and maybe it isn’t, but for now, let’s just enjoy it as an image appropriate to the Halloween spirit, shall we? 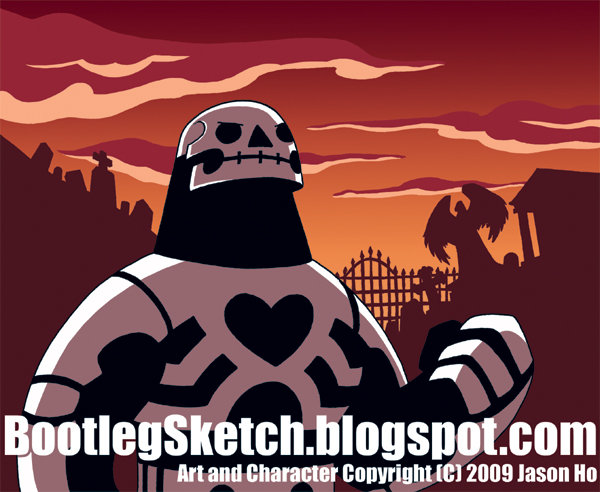 Get off the internet and go eat some candy, you nerds! Happy Halloween!