Skip to content
As I prepare to post this, it is only 11:31pm on Monday night. But I’m impatient, and it’s already Tuesday on the east coast anyways. So here we go…
IT’S THE ONE WEEK ANNIVERSARY OF MY BLOG! A MOMENTOUS OCCASION, INDEED!

To celebrate, here’s a little break from the He-Man/She-Ra stuff: 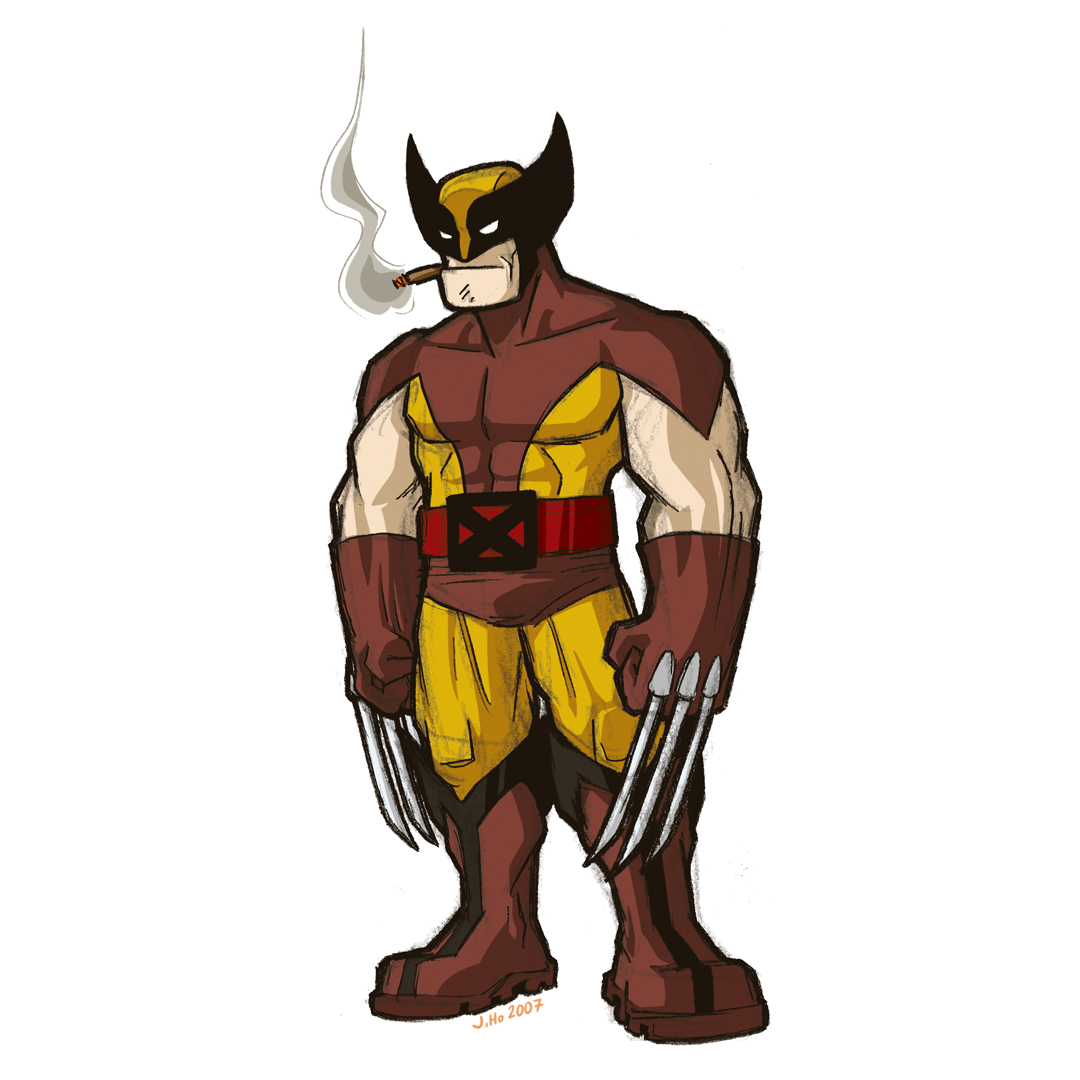 click above for larger view
Not much to say about this one. You should all know who Wolverine is, for god’s sake. I have not read a comic featuring Wolverine in a truly long time, but I still have a lot of (strictly hetero) affection for the character. I drew him wearing his wearing his black-and-tan, because that’s just how I roll. The more common blue-and-yellow got way over-exposed in the 90’s, and the current, slightly revised blue-and-yellow is not something that I’m a fan of. I know he’s back in his black-and-tan in the Origin ongoing series, but I also heard there’s some new uniform that he’s wearing… am I mistaken? I couldn’t find any pics, so please shoot me a link if I’m not dreaming this.
For those who are interested, this pic went from straight-up pencils (no blue pencil) to being colored in photoshop.
Fun Fact: Wolverine, like me, is Canadian! Seriously. Unless you follow that Origin stuff where he’s a southern dandy. And I am, in fact, not a southern dandy.