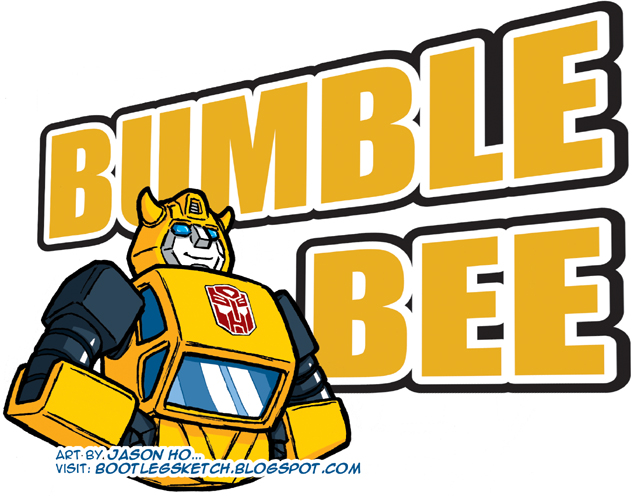 Those who know me have probably been baffled and confused that my blog has been so primarily focused on the world of He-Man. Indeed, even I am shocked that it has taken almost three full months for an illustration of a full-fledged Transformer to show up here (sorry Battle Beasts, being a part of the Transformers universe isn’t the same as being a Transformer).

Bumblebee was the fresh-faced rookie of the original Transformers cartoon–he transformed from a Volkswagen Beetle into a robot. Since then, there have been, like, a million iterations of him in the toyline, but I won’t get into that. A new version of the character is also going to be one of the main characters in the upcoming Transformers live-action movie.

My sketch is a pretty faithful rendition of the original cartoon version, and I was able to complete most of the drawing without needing to look at reference. Whether that’s sad or awesome, I leave to you, dear reader. My pencil drawing was a little tighter, and therefore the inks were as well. The coloring on this one was fast and simple (but maybe a little bit plain and flat)–you’ll note that I have left the black lines intact for the most part. The type treatment just sort of came to life on its own after the drawing was done. All in all, this was smooth-going, and I wish all my pieces came together this easily!

6 thoughts on “Flight of the…”