Skip to content
Apparently I’ve been in a He-Man sort of mood? Here’s Two Bad, another of Skeletor’s minions: 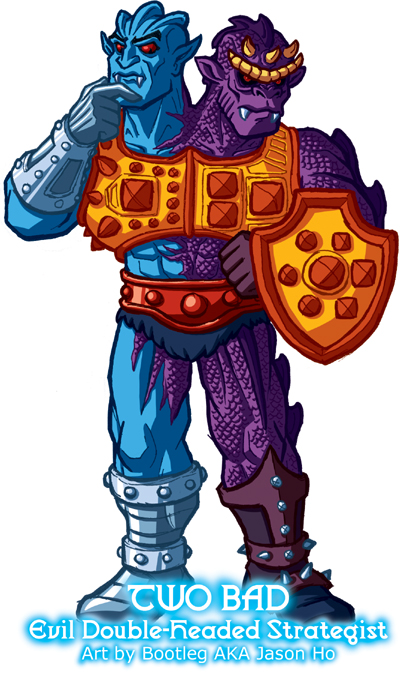 While Two-Bad was billed as a strategist, he was rarely played for anything but laughs. I think he has a lot of untapped potential, and if it were up to me, I would cast him in the role of a genius tactician, Skeletor’s third-in-command (after Evil-Lyn).