I’ve been sitting on this info for a bit, and I’m so excited I kind of don’t even know how to say it… the TL;DR version: The Starfleet uniform in “Star Trek: Lower Decks” is based on a design by me! When Mike was creating the pitch for the show, he asked me to design some possible uniforms, and so I did. One of those uniforms is like, 96% the basis for the final design that you see in the show! 😱 So naturally, I drew this to commemorate the occasion! 🤓 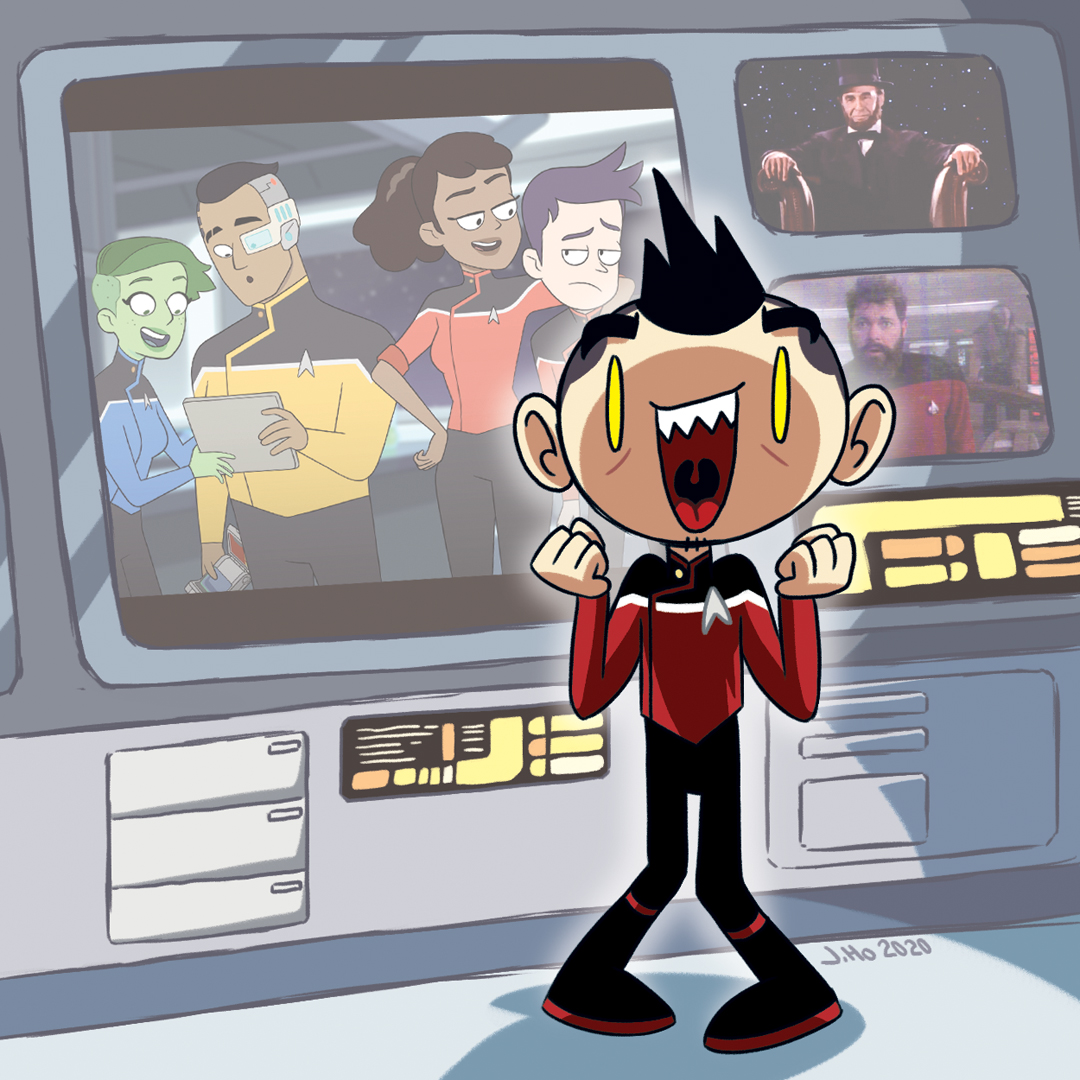 Additional background for those who enjoy long rambling historical context: Six years ago, before I ever met Mike, his TNG Season 8 Twitter account was already a viral hit. Dafna and I were starting a Star Trek Zine and she had roped him into writing some tweets for the zine, which I would illustrate.

The zine was a solid hit, Mike and I met and got along thick as thieves—and a few months later, Mike hired me to illustrate the book version of TNG Season 8, which was later titled “Star Trek The Next Generation: WARPED” (availableonamazonforprimeshippingsorrynotsorry).

Fast forward a few years, and last night I attended the (virtual) premiere of Mike’s show “Star Trek: Lower Decks”! I can’t believe it! (BY THE WAY, the show is hilarious and beautiful, and chock full of Easter Eggs for hardcore Trek fans! I can’t wait for everyone to watch it! ❤️💛💙)

One thought on “O_O”