The Reason: I love Capcom’s character design style. Capcom’s art direction is amongst the most influential in video games in general, and particularly with 2-D fighting games. I often find myself looking at a random character and wondering what it would look like as a character in a Capcom fighting game. So, fusing that mode of thinking with breakfast cereal and the Halloween season, here we are. 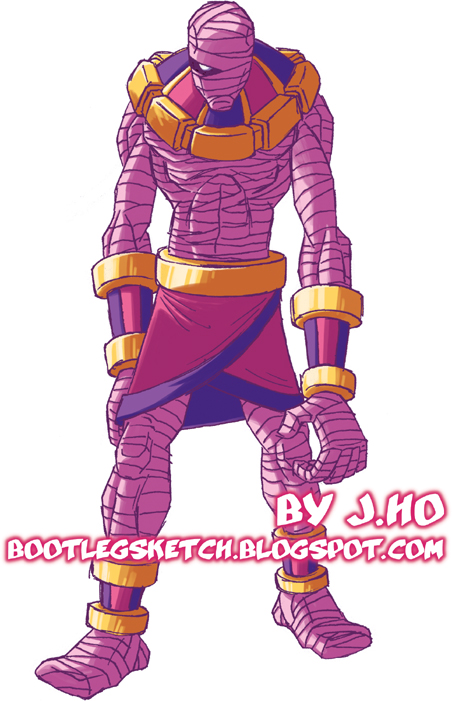 I kept Yummy Mummy’s basic colors, but rather than giving him multi-colored bandages, I redistributed those colors to parts of his re-designed costume. The added accoutrements are based loosely on those of Anakaris (the mummy character from Darkstalkers). The ceremonial thingy (i think that’s the technical term) draped over his shoulders looks awkward–I was trying to emulate the geometric, almost blocky quality of Anakaris’s design, but it didn’t quite work out.