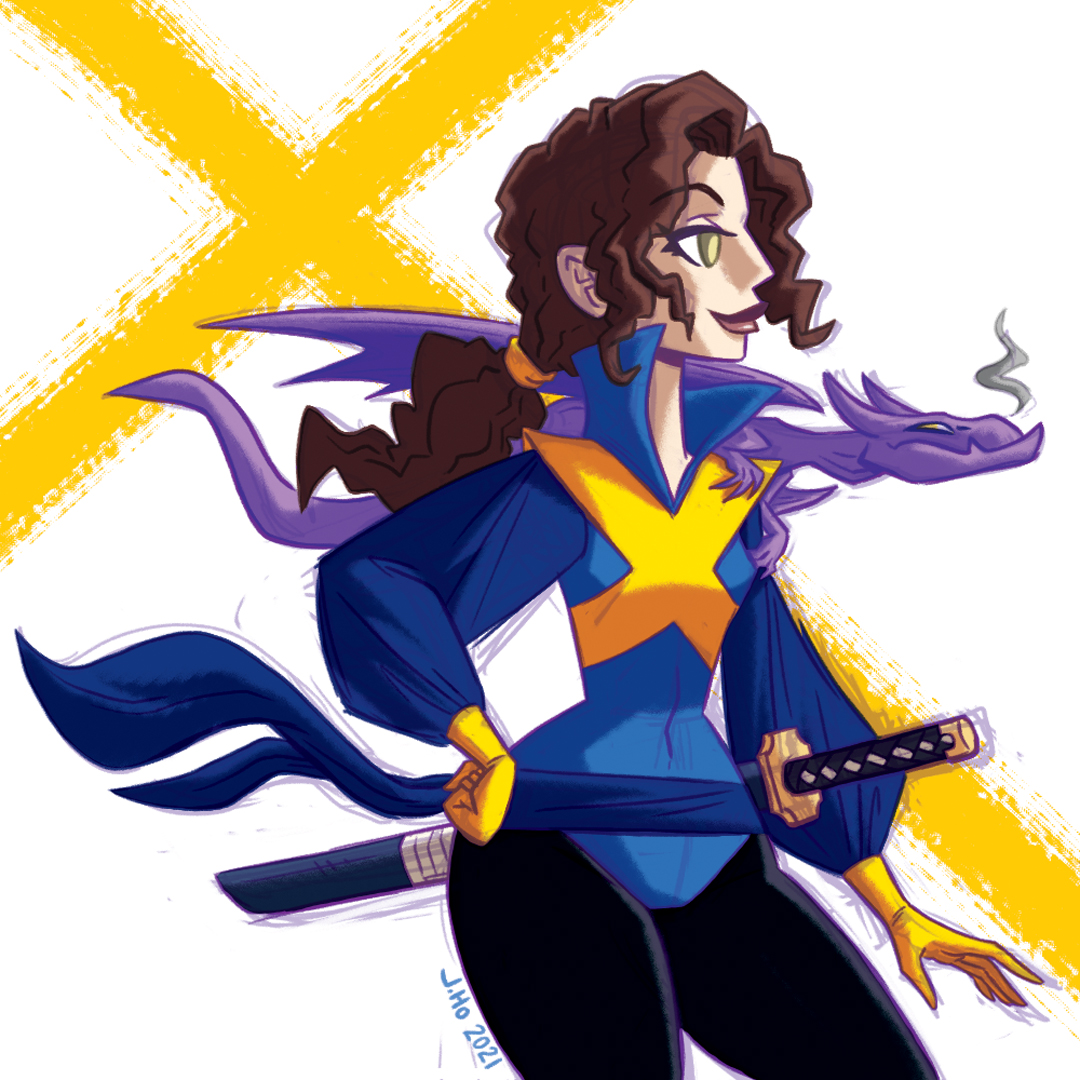 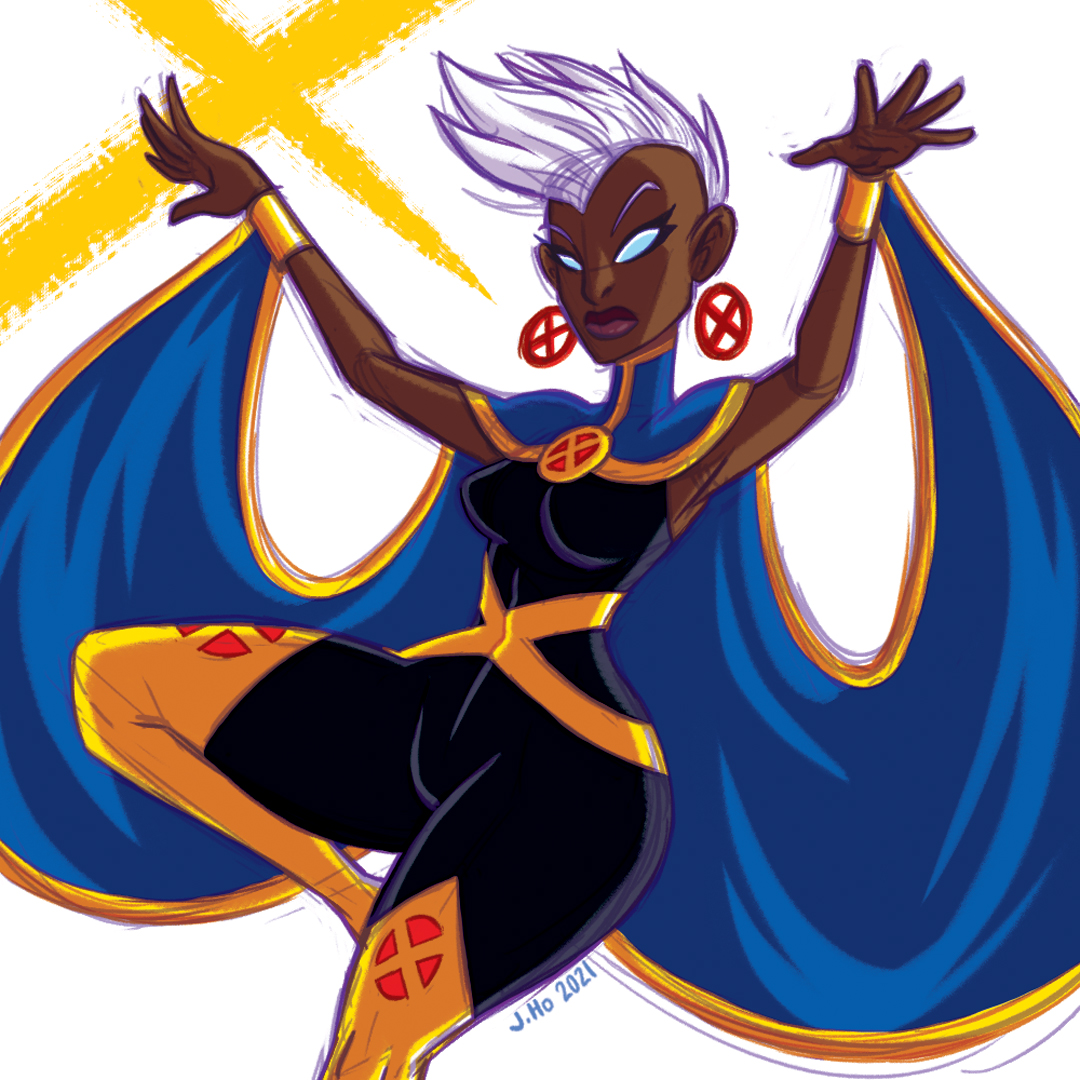 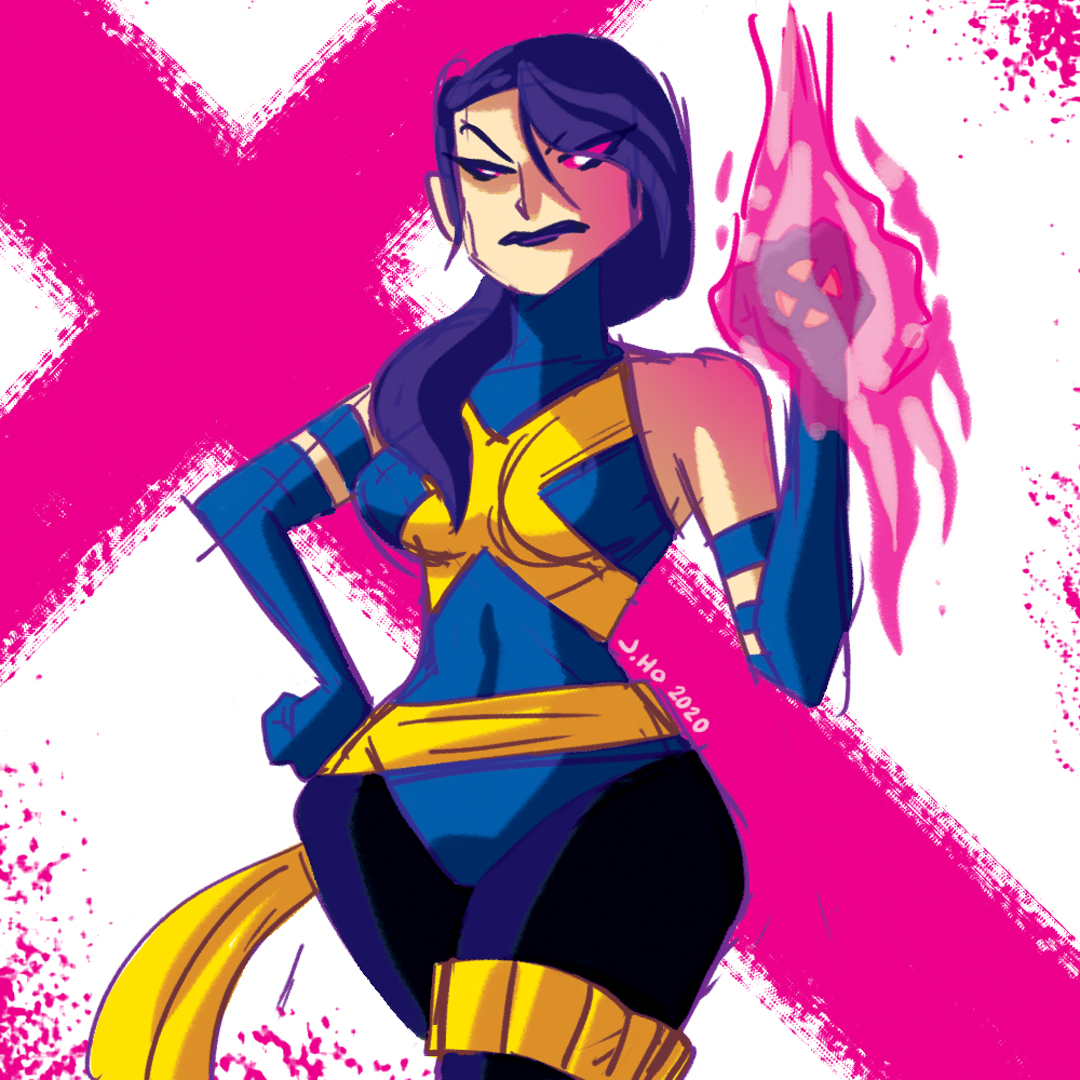 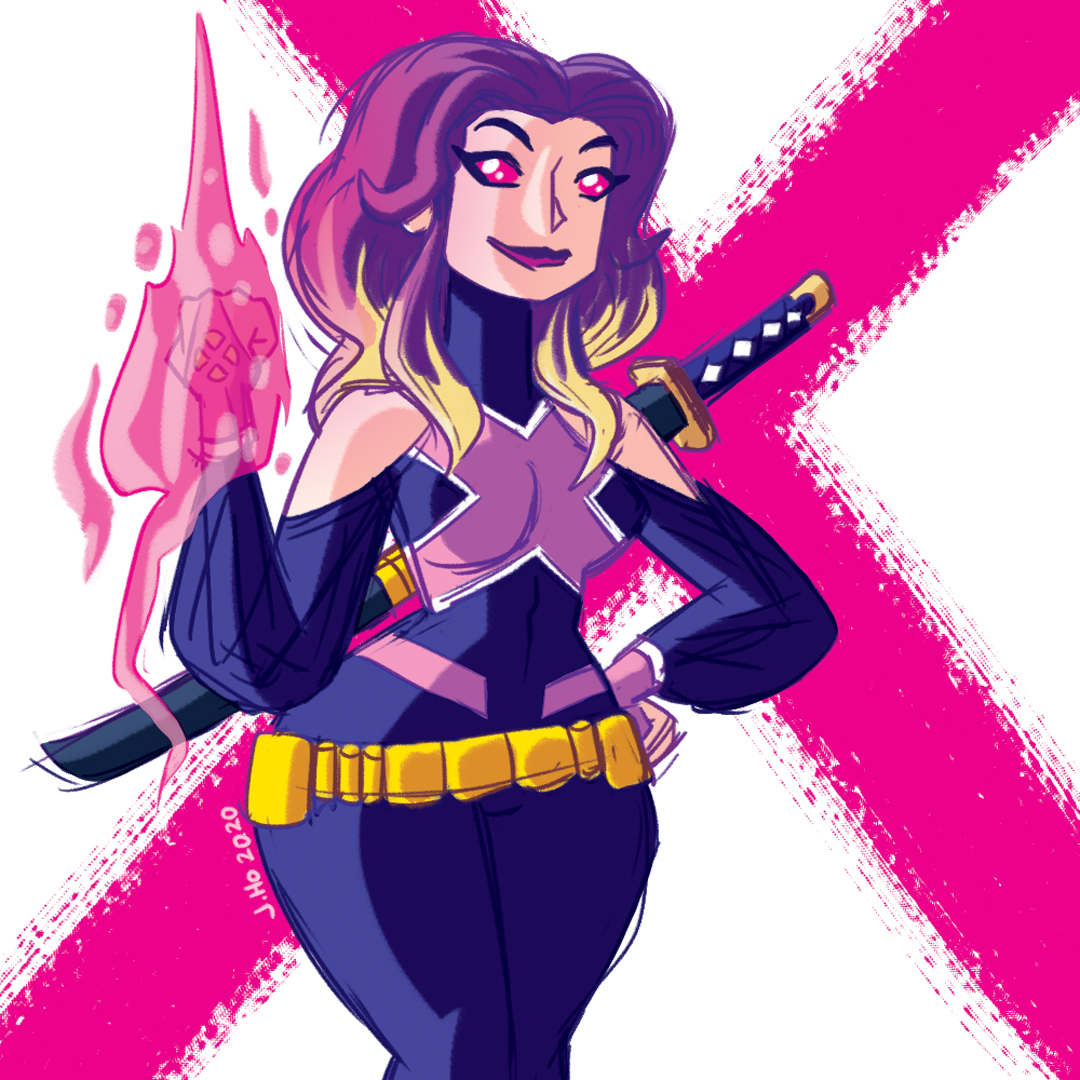 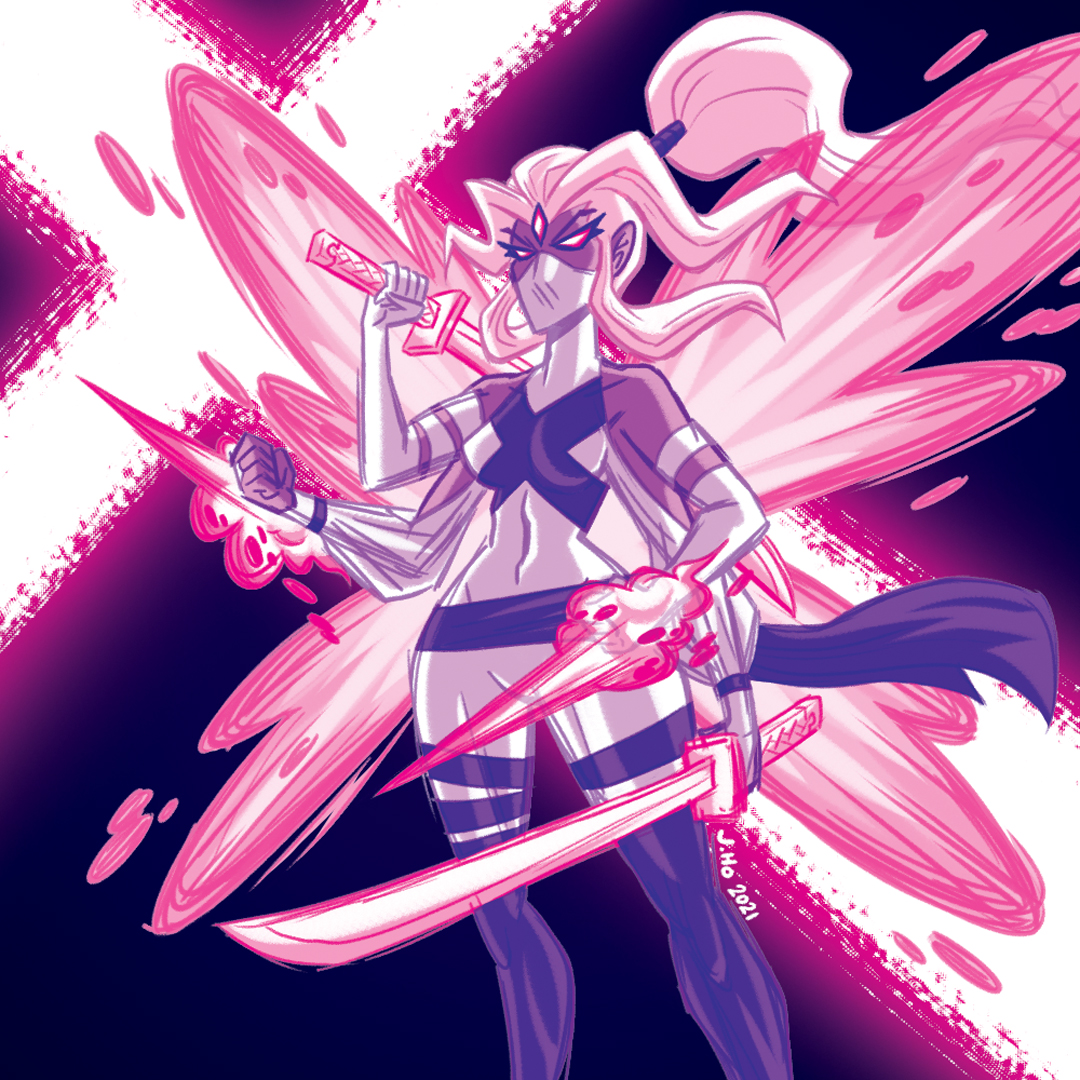 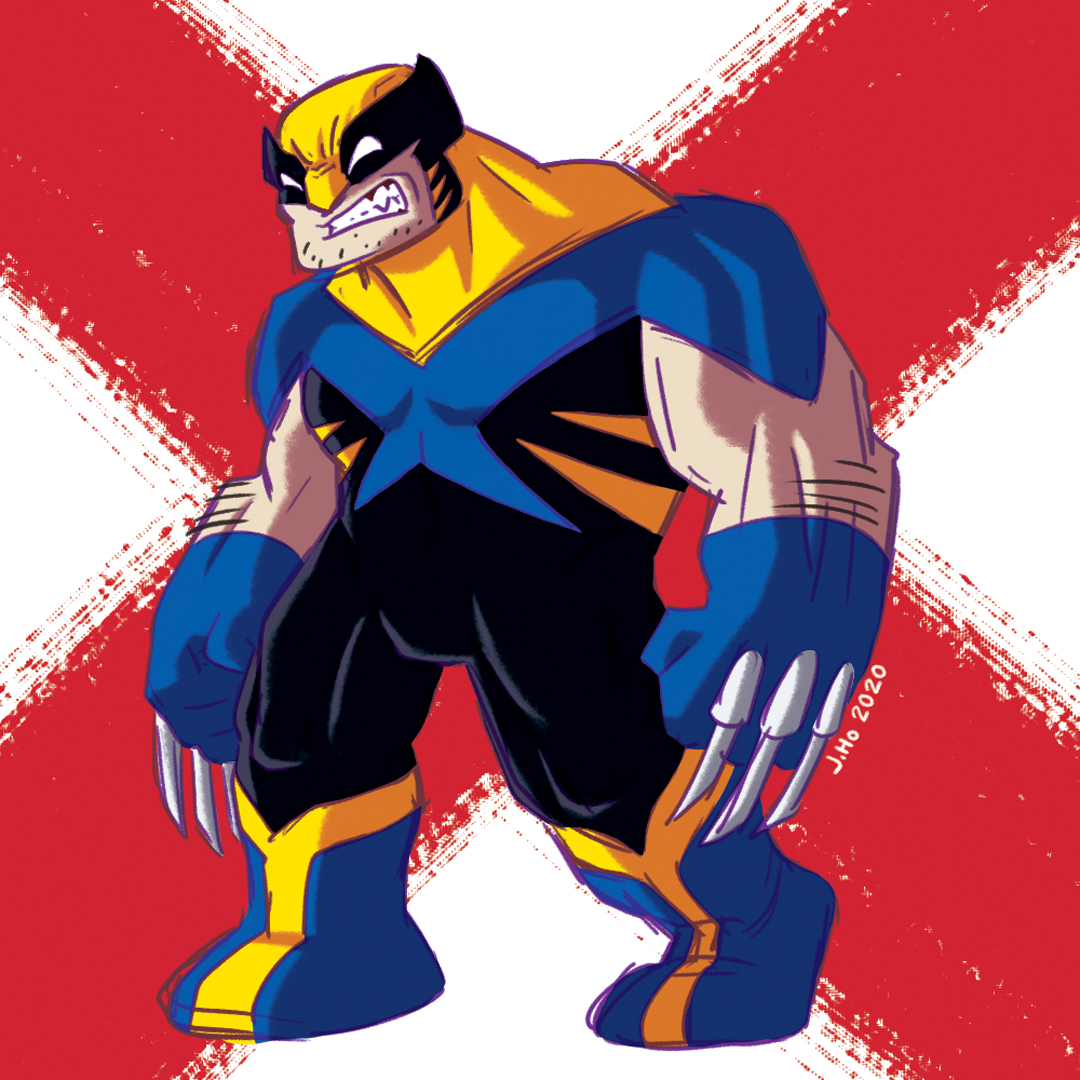 What’s more appropriate for a warm-up sketch than Black Canary in her 80’s aerobics-esque costume? I unironically and unapologetically love this costume btw. 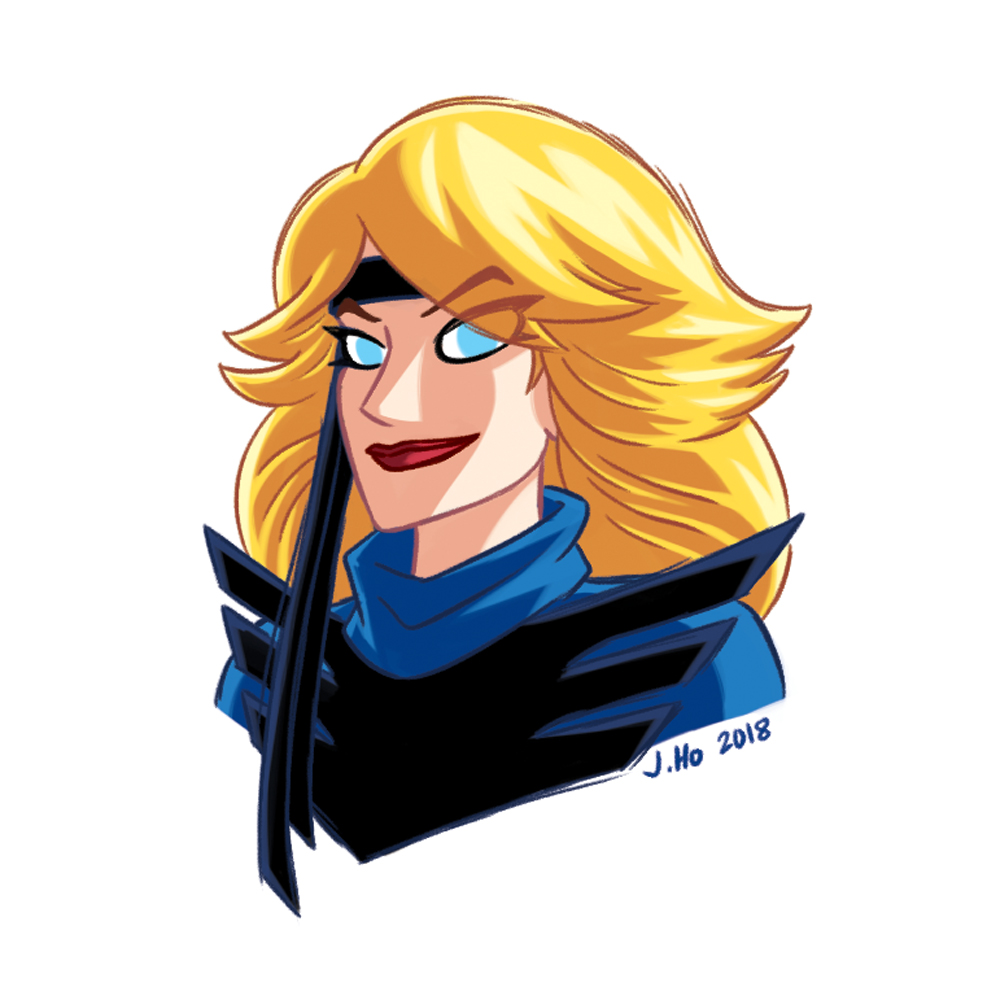 Showing some 90s love with this warm-up sketch: Bloodwynd from DC Comics!

So I thought the Star Trek tattoo from a few months ago was the first time my art had been turned into a tattoo, but I forgot that a few years ago Kara, commissioned a Deadpool from me for her husband Jake, and he liked it so much he had it inked: 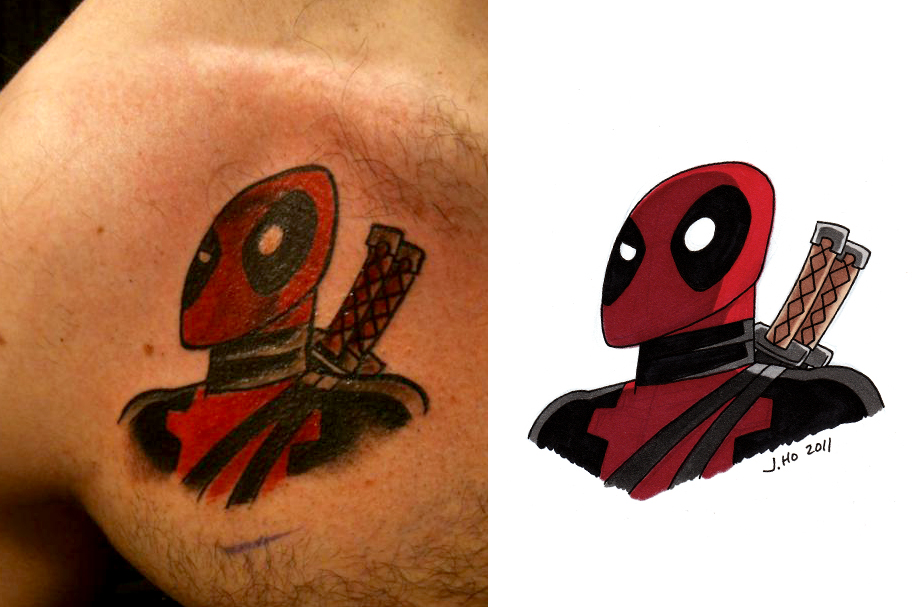 So that’s two tattoos from my art so far, but the next one is definitely the first time I was commissioned specifically to design a tattoo! My good friend Scott wanted to pay tribute to his own personal Battle Cat, the late great Apollo, and I was more than happy to help… 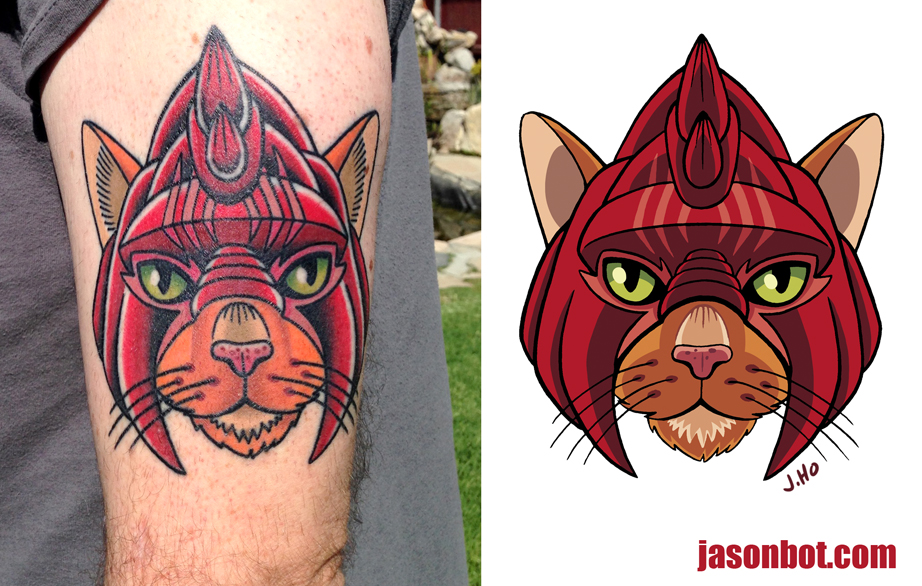 It’s humbling to see folks want to put my doodles into permanent display on their bodies, and amazing to see how the tattoo artists translate my work! I’m talking to a few more friends about this kinda stuff, so who knows, maybe this will become a regular thing for me? 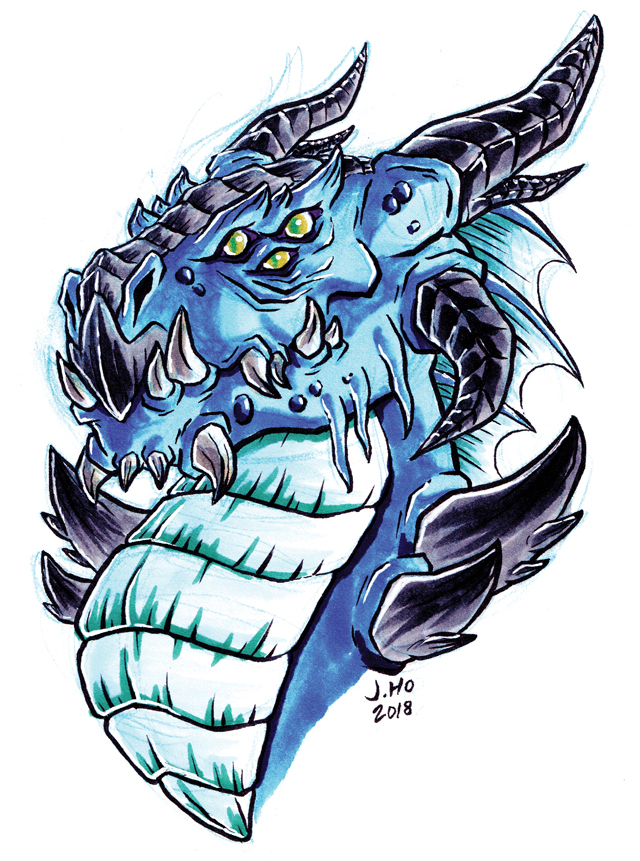 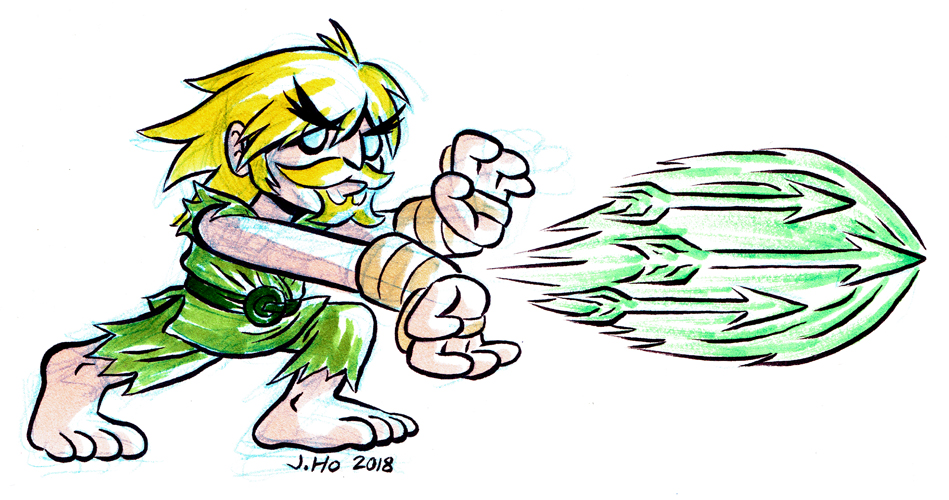 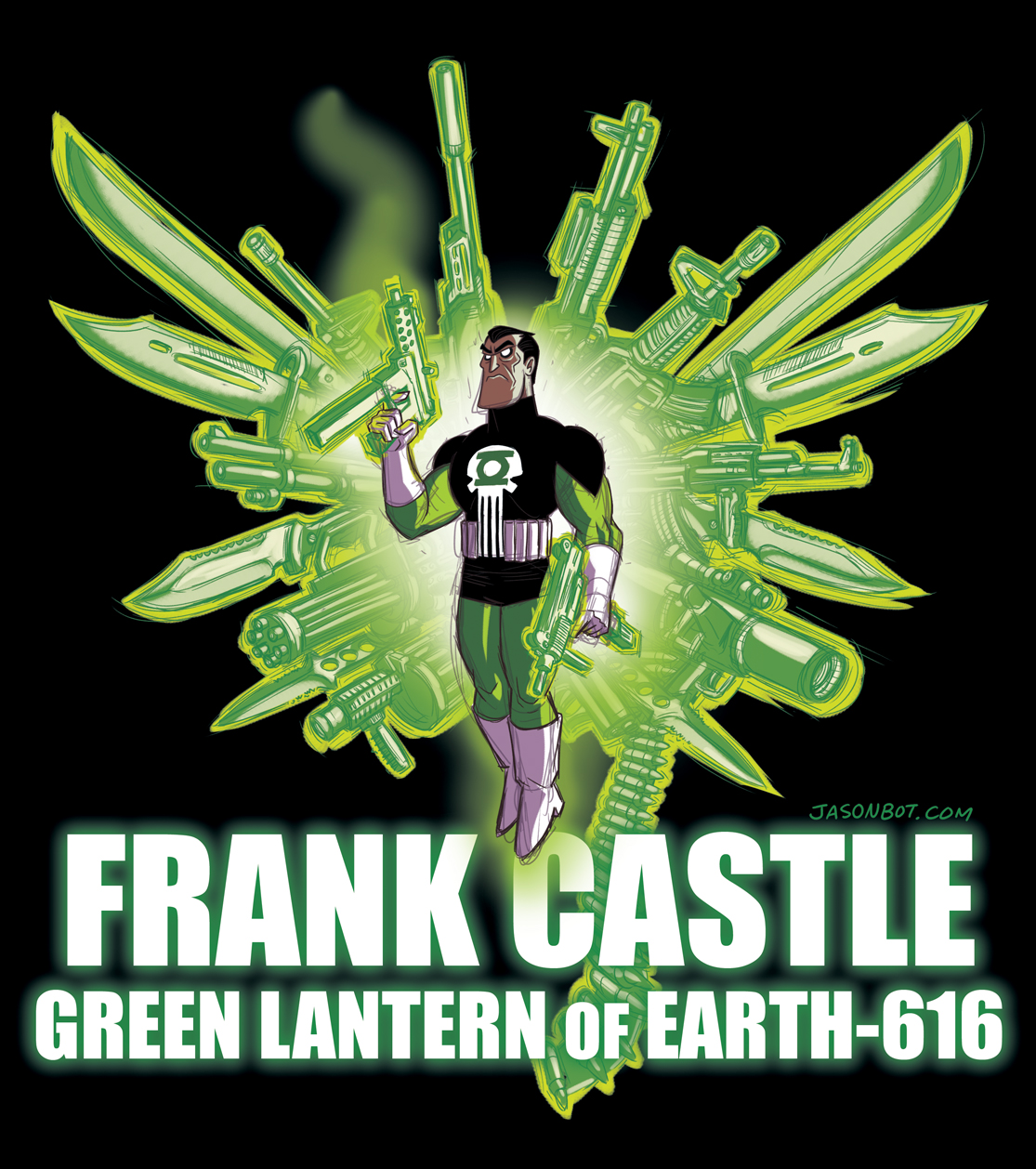 Just sketching up some of the Green Lantern cast… 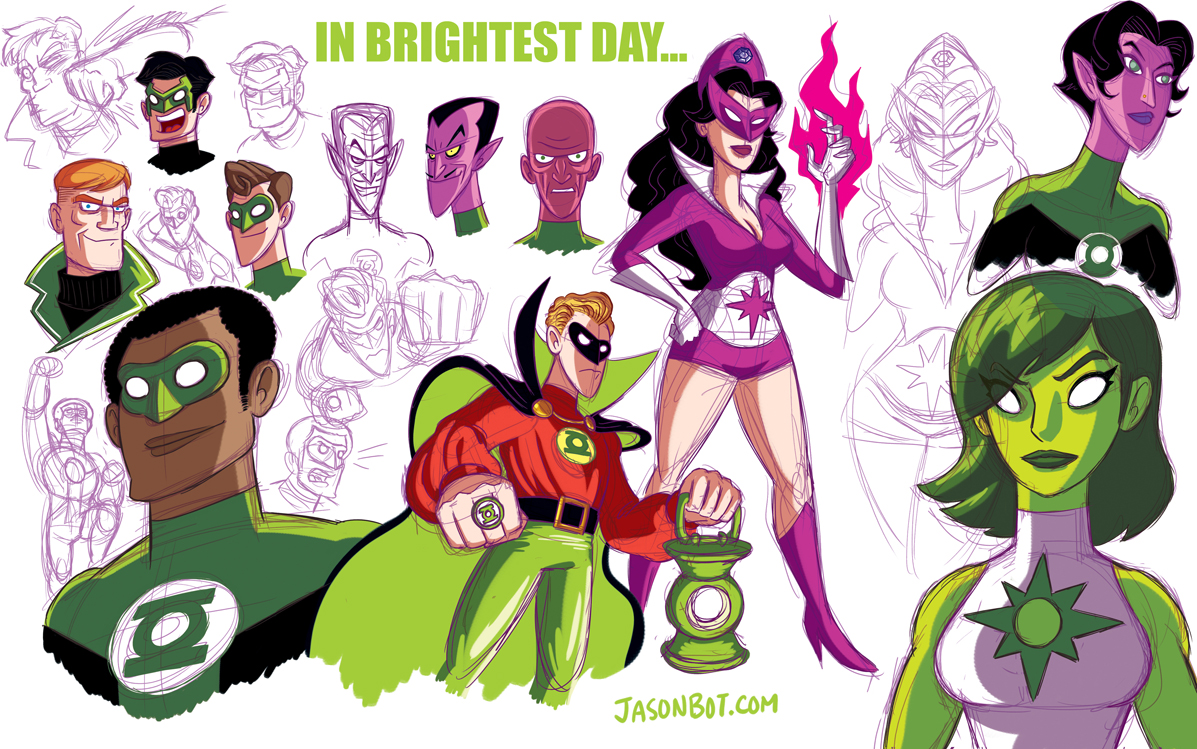 Notes:
– I draw really long necks.
– Pay no attention to the completely wrong perspective on Alan Scott’s lantern.
– John Stewart has been around for so long that you could give him his classic hairstyle back and it would be hip again (so I did exactly that).
– I was trying to draw a more classic Abin Sur, but he doesn’t look enough like an alien. 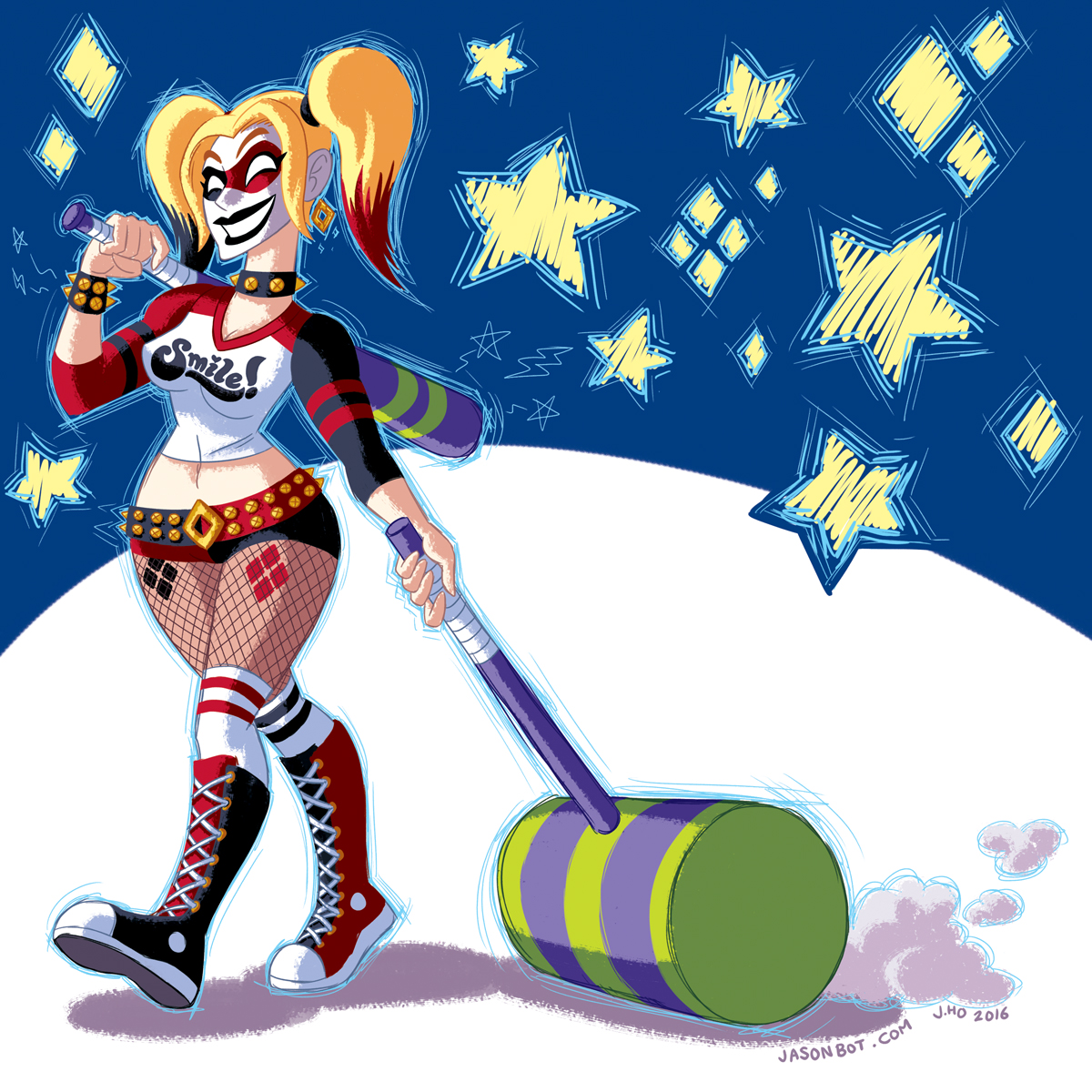 Haven’t seen the movie yet, but I like Harley Quinn’s costume in Suicide Squad. I wanted to draw a version of it that was in traditional Harley colors with a more streamlined cartoony look. There’s a dash of the Amanda Connor roller derby version in there, and the tattoos are inspired by the excellent cosplayer Katy DeCobray! 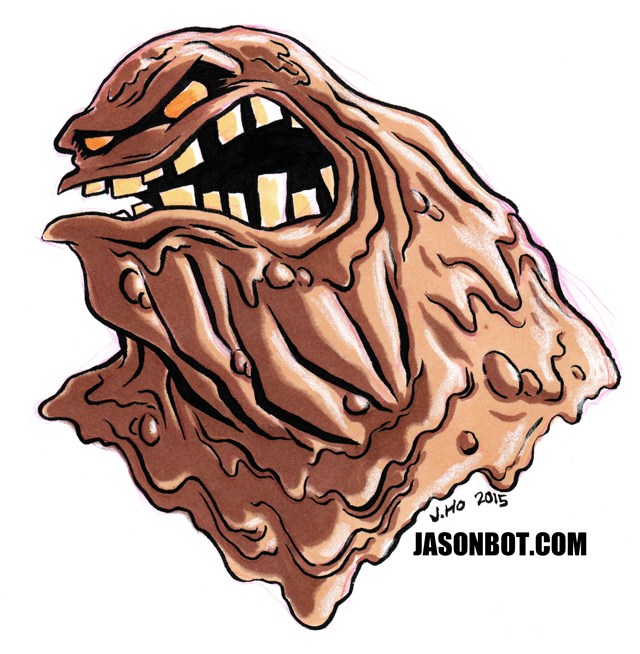 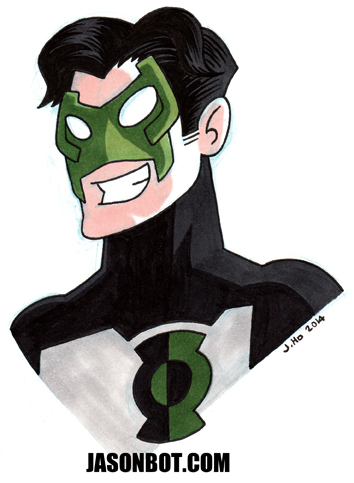 I had a somewhat long piece of glossy paper, so I decided to draw something with Sharpies. Thus, Psylocke:

I took a trip to Portland a few weeks ago, and sat next to a really friendly couple on the plane. I drew this Captain America sketch for their son. They asked me to, I don’t just force sketches on strangers when I’m on a plane! 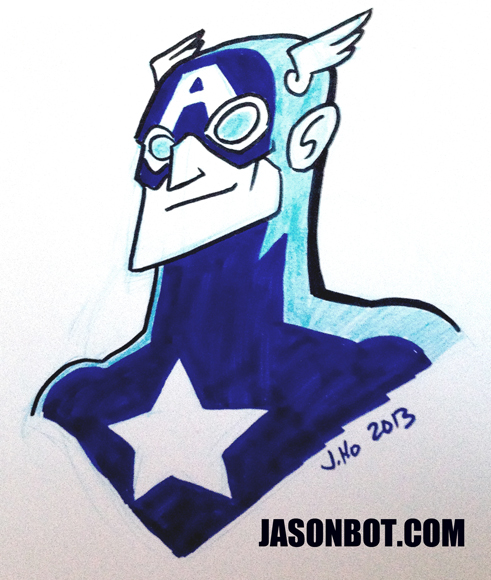 (Posted this on Instagram, but thought I’d put it up here too, just for archive purposes and all of that.) 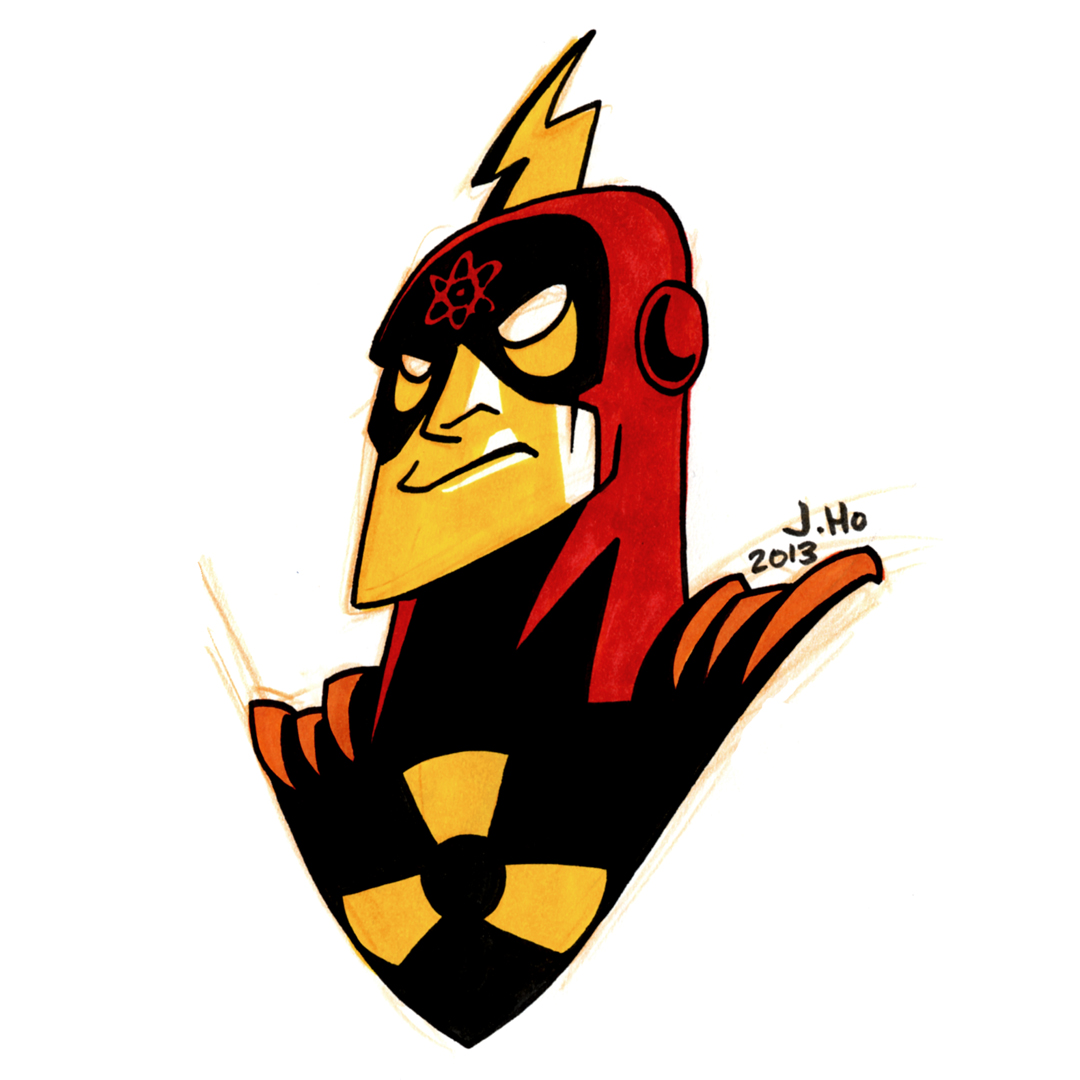 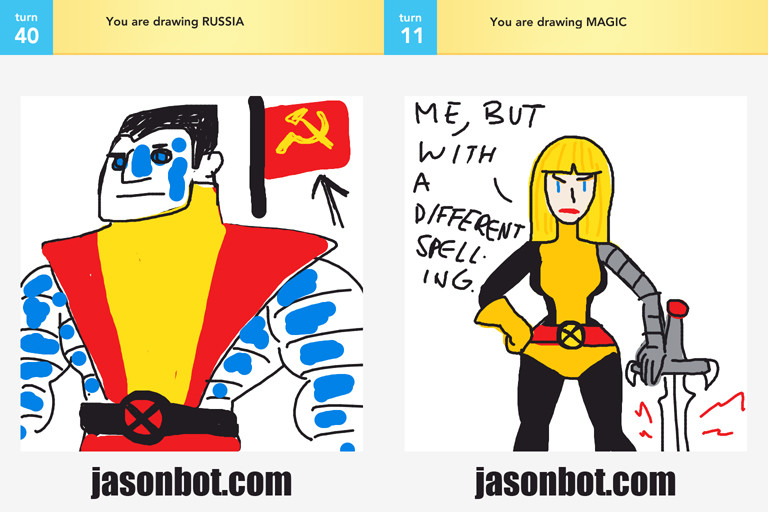 My apologies–I drew a Soviet Union flag when I should have drawn a Russian flag!

The past few weeks have been busy and frustrating. Minor physical maladies (shoulder/neck pain) have made drawing difficult. I will not bore you with details! I am fine now, and the past few days I’ve been drawing whilst continuing to marathon Star Trek: The Next Generation.

I have enough posts to catch me up (5 total), but I’m going to split them up rather than group them all together in one post. Why? Because I am a nut for proper organization and categorization.

First up is your friendly neighborhood Spider-Man: 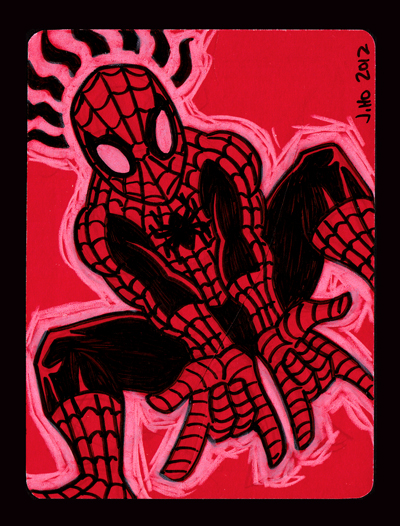 Roughly 3.75″ x 5″, drawn with black Sharpie and white color pencil on the back of an extra RSVP card.

When I see green, orange, and purple color pencils on my desk, I say to myself, “Damn, I should draw the Joker.”

So, I drew the Joker:

You can probably tell that my idea of the Joker is heavily based on Bruce Timm’s animated version, with just a dash of Brian Bolland thrown in.

(This Joker is not intended to go with the timeline I have imagined for my “Sons of the Bat” re-designs, but I imagine I will use this as a basis for a future Joker if/when I get to the villains of that era!)

For those who missed the first round of drawings or want a refresher, these re-designs imagine a future timeline combining elements from the comic book continuity (pre-New 52) and the Bruce Timm animated universe. For context as to how far in the future this timeline exists–Damian Wayne is in his mid-20s. Here are links to the original Sons of the Bat posts:

I’m going off the reservation a bit for today’s entry. The subject is Kathy Kane, who was the original Batwoman (on either Earth-1 or Earth-2), not to be confused with Kate Kane, the modern day Batwoman who, if I understand correctly, is distantly related to the first Kathy Kane who may or may not be retconned from existence in the current DC universe. Listen, I know. It’s confusing.

I have further complicated matters by deciding that in my fabricated “Sons of the Bat” continuity, the mantle of Batwoman is now taken up by Barbara Gordon. This means both Kathy and Kate Kane need new identities. I’ll get to Kate soon enough, but for now I have renamed Kathy “Phoenix” which is a codename meant to match her niece, Flamebird. Just go with it: 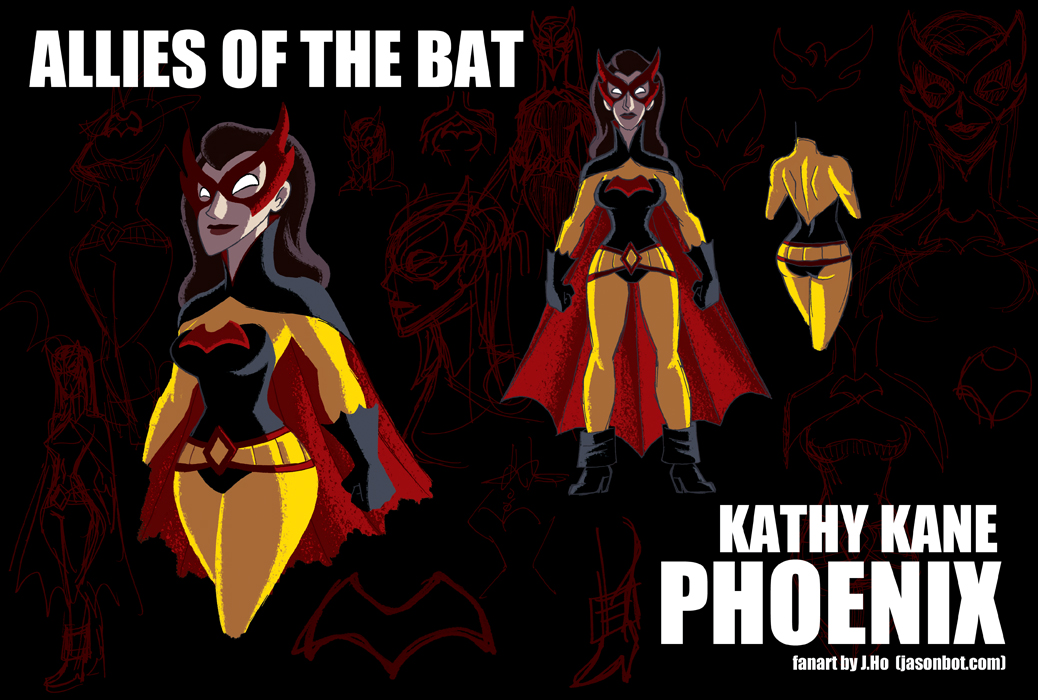 I feel like the original Batwoman and Batgirl get crapped on a lot, so I wanted to respect the characters, and give them identities that moved beyond ‘heiresses with crushes on Batman and Robin.’ I also wanted to tie in the modern day Batwoman, which I’ll elaborate on later.

The black/red/yellow colors running through the last three posts have been unintentional, I assure you! Apparently that’s a popular palette for Batman’s friends and rivals, and I don’t want to change any character’s representative colors unless I can come up with a good reason!

Not sure what the next post will be… I have some Allies of the Bat ideas lined up, but I might take a break. You’ll have to tune in to see!