So, at the end of the 20th century, there was a line of Jurassic Park action figures subtitled, Chaos Effect. The line centered around genetically engineered dinosaur hybrids. So while other people in my peer group were contemplating college graduation and finding a job versus moving back in with their parents, I was half-assing my classes while sitting around drawing fan-art of a spin-off of a movie action figure line.** 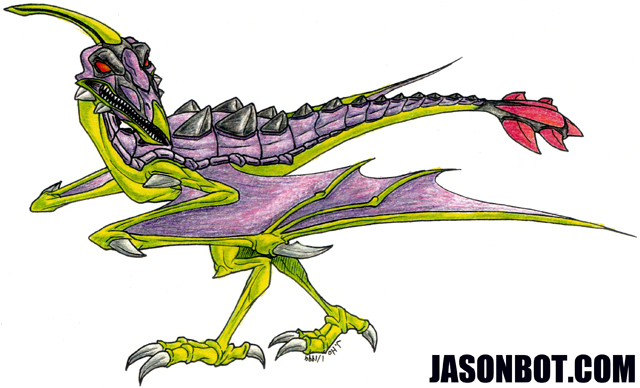 Jurassic Park: Chaos Effect was actually a pretty cool toyline. I bought several of the figures, and they’re boxed up somewhere in my end-of-Raiders-of-the-Lost-Ark-esque closet full of toys. I would not be opposed to artistically revisiting these creatures. BUT I AIN’T MAKIN’ NO PROMISES.

**For the record, I graduated in 4 years, with a decent GPA, and I never moved back in with my parents.