Question 1: Is this the dumbest thing I’ve ever posted? Probably.

Question 2: Is this the nerdiest thing I’ve ever posted? Almost certainly, but I have every intention of trying to continually out-nerd myself.

Question 3: In spite of being both dumb and uber-nerdy, is this also the most awesome thing I’ve ever posted? I think so, yes.

For reasons unfathomable even to myself, here is Darth Vader, if he were an Alpha Lantern of the Sinestro Corps: 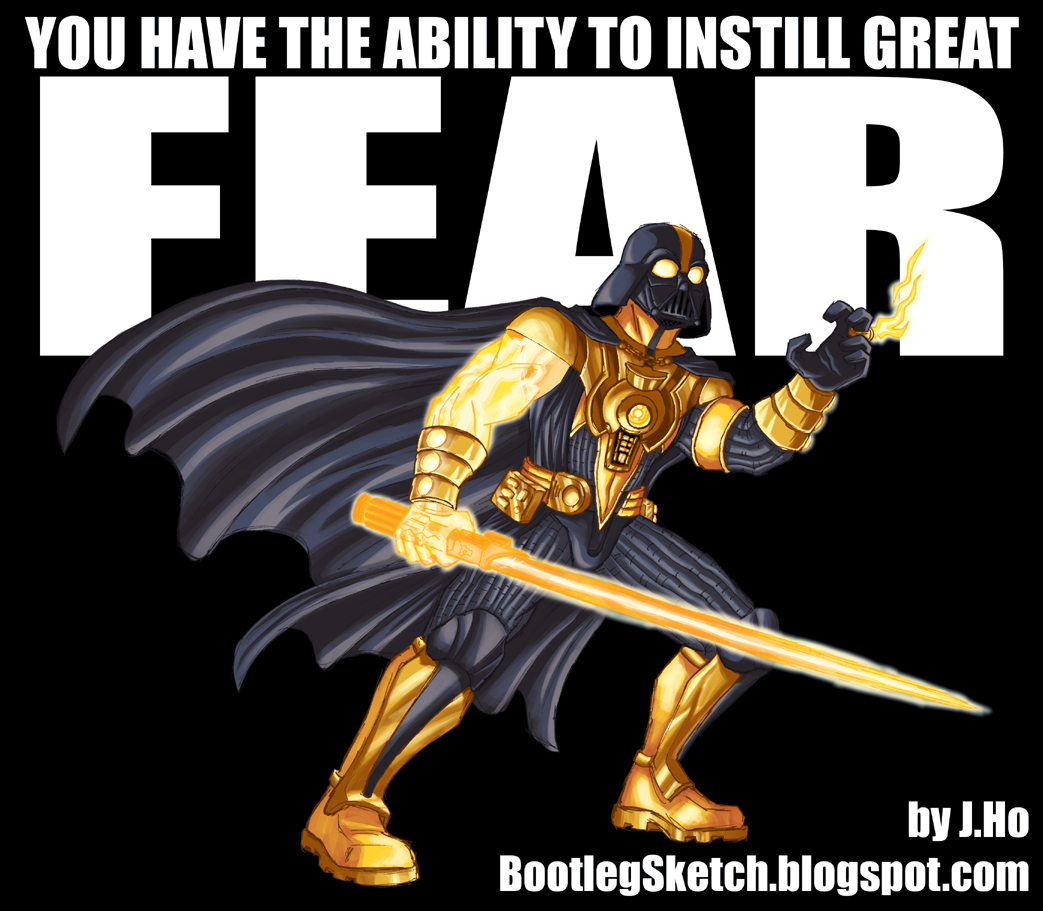 If you’re still reading, you’re probably still asking yourself, why? Well, I’ve been enjoying Green Lantern since the Sinestro Corps War, and I really like the idea of the Sinestro Corps having high-profile members like Superboy Prime, Mongul II, and Hank Henshaw. So my naturally nerdy brain was scanning its archives for other characters capable of instilling great fear, and since I had already crossed over Star Wars with the Green Lantern mythos, once or twice–I came up with Darth Vader.

Before you protest–yes, I’m aware that this concept wouldn’t really work in the continuity of either Star Wars or the DC Universe due to the fact that Darth Vader died a long time ago, in a galaxy far, far away… long before the Sinestro Corps had ever been formed. If I had to come up with an explanation, I would say that the ghost of Anakin Skywalker was psychically controlled/driven insane by Parallax, and had regressed into the psyche of Vader once more. With his spirit trapped in the hollow shell of his suit of armor, and powered by a yellow power battery, Darth Vader is now forced to serve the Sinestro Corps as perhaps their most powerful enforcer.

It had occurred to me that Vader could have made a good Red or Black Lantern. However, I’m not so into the Red Lanterns, and I’m not entirely sure how the mechanics of the Black Lanterns work. Overall, I find the fear-based Sinestro Corps to be more compelling.

The really scary thing is that these hyper-nerdy thought-processes basically all occur without conscious effort. I’m just walking around doing normal things, like drinking Vitamin Water and playing with Legos. Meanwhile my brain is running these dorky match-ups between continuities in the background, and I’m only aware of them in a vague semi-conscious manner. BAM, next thing I know, I’m drawing Darth Vader with a yellow lantern embedded in his chest. It’s a blessing and a curse, people. A blessing and a curse.