Today’s sketch has been drawn and scanned for several months. I finally slapped some colors in it to commemorate the release of Halo 3 earlier this week: 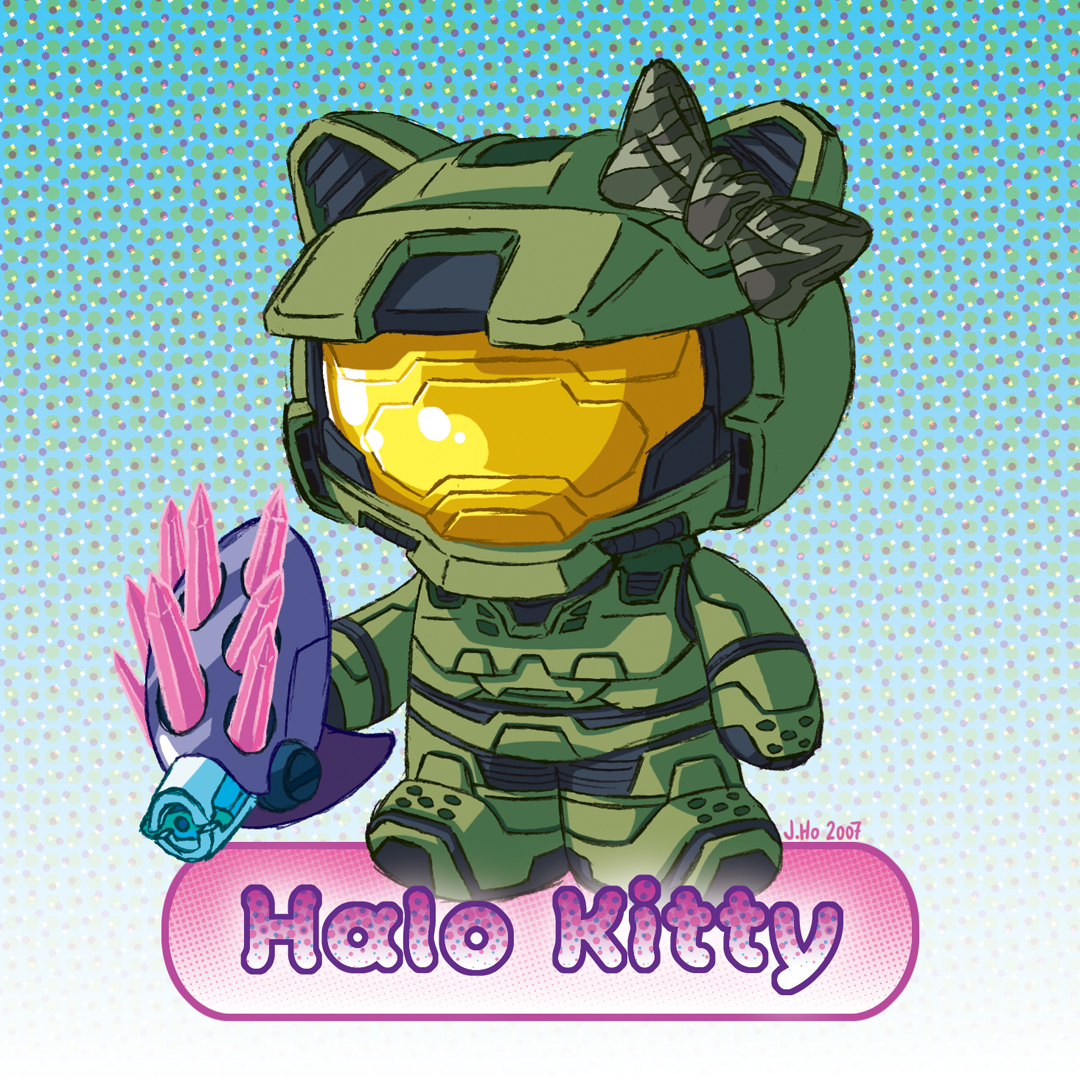 Halo Kitty’s battlefield pragmatism shows through in her army-green Meowjolnir Mark IV armor, but her favorite color is actually pink–that’s why her weapon of choice is the Needler with its razor-sharp crystalline pink ammunition.

So yeah, I’m far from an expert on Halo, but we play Halo 2 (Slayer or Team Slayer) at the day job sometimes (a lot). This week one of my co-workers brought in Halo 3 which we played a few rounds of. The controls are amazingly smooth, to the point that I felt like my mediocre playing ability was embiggened by the controls. In reference to my in-game squirrely-ness and how difficult it was to kill me, my co-worker said, “you’re like a monkey from hell.” That’s probably just true about me in general.

(EDIT: I am not the originator of the concept for Halo Kitty, please read THIS.)

Speaking of the day job–it somehow slipped by me that Bart Simpson’s Treehouse of Horror #13 was unleashed in comic book stores this past Wednesday. It features a seven-page story written by Comedian of Comedy Patton Oswalt, pencilled by yours truly, inked by the steady neuro-surgeon-like hands of Mike Rote, and colored by Hammers. The story is called They Draw and is a parody of the excellent cult classic They Live. Check it out in stores now, and if you’re in the Los Angeles area, there’s going to be a signing for the book on October 13th at Golden Apple:

5 thoughts on “SLAYER (Also, another rare mention of the day job!)”