THIS IS A SPOILER ZONE FOR TRANSFORMERS ANIMATED… YOU HAVE BEEN WARNED.

I claim to be such a huge Transformers nerd, and yet I don’t believe I’ve mentioned how much I enjoy Transformers Animated–I’m caught up on season three, which has been amazing. Both the series and the toyline are easily amongst the best incarnations of the franchise since Generation One (for anybody keeping score, I do enjoy the two most controversial incarnations of the series–Beast Wars and the live action movie). Transformers Animated has introduced a fresh asthetic, invigorating a franchise that was in danger of stagnating. The new, cartoony look is largely the doing of Derrick Wyatt, who’s quickly becoming one of my favorite character designers. The asthetic has been translated into the toy line masterfully by the team at Hasbro, and provides a great visual counterpoint to the gritty realistic look of the Transformers live action movie(s). It is a good time to be a Transformers geek. 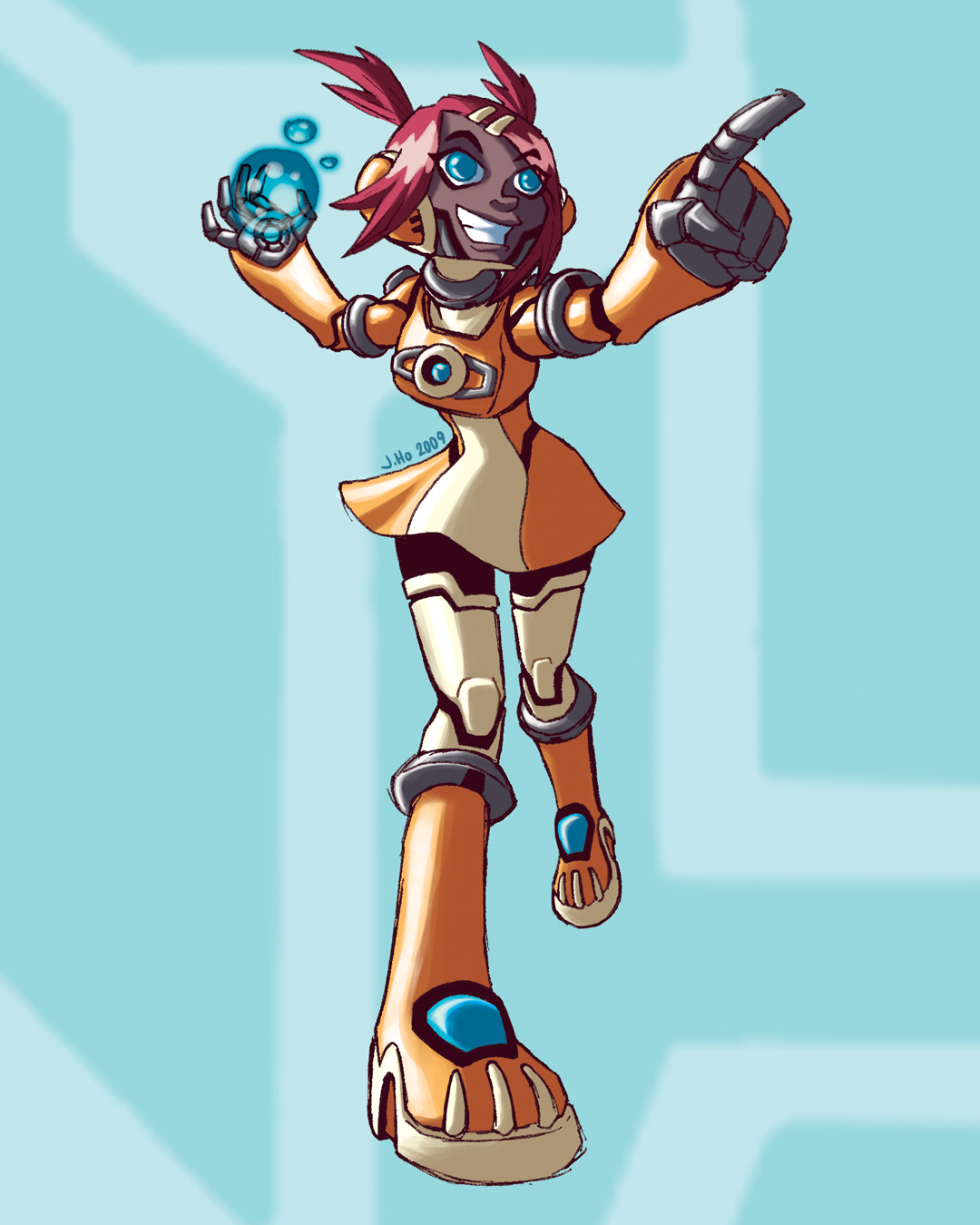 I elected to draw Sari in my own style, because I think it would be foolish to try and out-Wyatt Derrick Wyatt. Sari is depicted in her powered-up teenage form from season three, though I did take some minor liberties with her costume. I tried to make this one a bit more dynamic, since I know static-ness is an on-going poblem with my art. Sari’s costume makes her look like a RAcaseal from Phantasy Star Online, which is definitely a good thing.