Drawn for a re-design challenge at the He-Man.org fan-art forums. The thread is here, and my post is here. The voting thread is here

The subject this time around is an environment–the Three Towers of the Eternia Playset. It’s probably a safe guess that the Three Towers were an attempt to one up Tolkien. I however, found myself short of time, and was only able to draw up one of the three–here’s the Central Tower of Eternia: 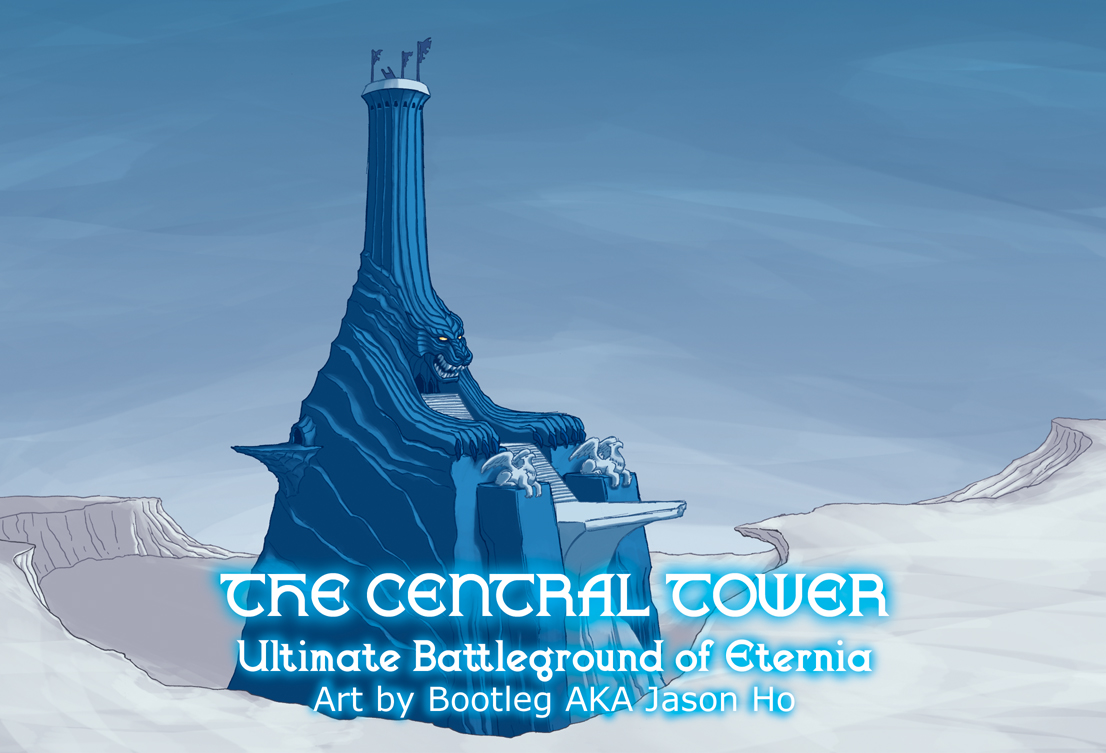 The subtitle comes from the He-Man mini-comic about the Three Towers.

Landscapes and environments are not my strong point, so this was a good exercise. My take on the Central Tower is an attempt to ground the playset in ‘reality.’ The griffin statues were gold on the original toy, but I gave made them less eye-catching in my version to avoid drawing attention away from the Guard Lion, who really is the main attraction here. I tried to create a sense of the epic size of this thing… to give you a better idea of what I had in mind–ten adults could stand comfortably abreast in each of the windows located near the top of the tower.

By the way, does anyone else think the Central Tower must be cousins with the Cave of Wonders from Disney’s Aladdin?