Today we move out of the realm of Batman’s adopted sons, and on to two of his actual genetic offspring.

The son of Bruce Wayne and Talia al Ghul, Damian Wayne, AKA The Demon:

Up next is Terry McGinnis, AKA… Batman?? 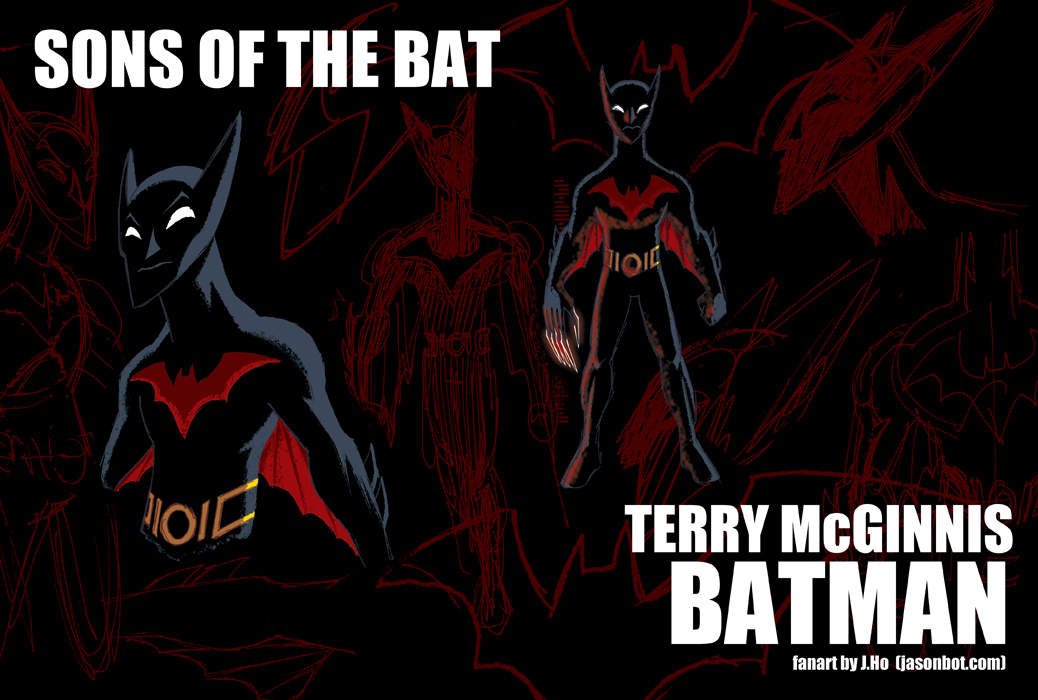 Well, that was a fun series of designs to draw! I have a lot more ideas for this imagined alternate continuity. I realized yesterday that I actually need to add two more Sons of the Bat. Of course I fully intend to (eventually) follow this series with Daughters of the Bat (there are at least 6 or 7 to draw). Plus there are several characters who don’t quite fit either category…

(In closing out this series, I have also closed out my post deficit! Returning to regular posting, the first one for this week will be up late Tuesday or early Wednesday. After that, let’s see if I can get back to posting at regular intervals.)