I was rather pleasantly surprised earlier this month when someone on Twitter pointed out to me that Project: Rooftop had featured my Sons of the Bat re-designs!

From the feedback I’ve read, people have generally been positive (which I truly appreciate), and would like to see Barbara Gordon as well as other female characters (which I would have guessed). As I mentioned before, I have every intention of drawing up the Daughters of the Bat. However, for the moment I decided to draw a few of Batman’s supporting players (male and female) who don’t quite fit the category of being his “children.” Allies of the Bat will be an open set of drawings and/or re-designs that I post here from time to time.

For those who missed the first round of drawings or want a refresher, these re-designs imagine a future timeline combining elements from the comic book continuity (pre-New 52) and the Bruce Timm animated universe. For context as to how far in the future this timeline exists–Damian Wayne is in his mid-20s. Here are links to the original Sons of the Bat posts:

Onwards! Today we have Jean-Paul Valley, AKA Azrael: 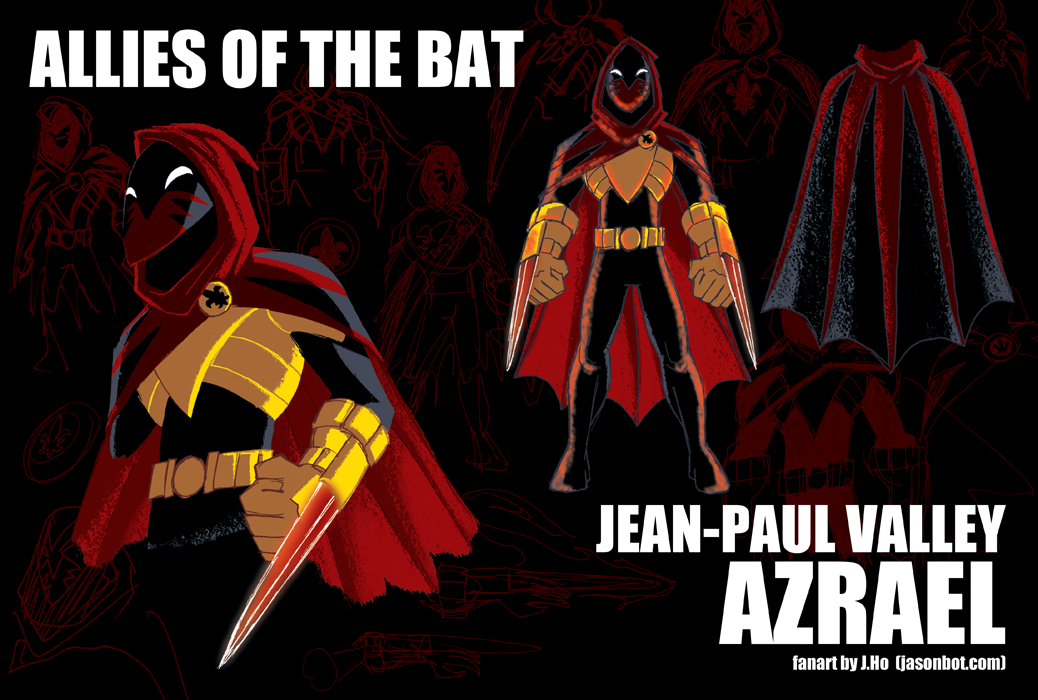 (If you caught the two non-DC Universe references in the quick little bio I wrote for Azrael, then you are a good nerd!)

So, to be honest, I’m rather torn about this costume now that I’m posting it. The problem with Azrael is that (I feel) everyone basically wants to see him in his (more or less) original costume… however, storywise, that costume represents everything the character is trying to escape. I guess I am struggling with Jean-Paul Valley’s identity as much as he is. I reserve the right to give Azrael a proper redesign in the future, besides which, I need to consider the Suit of Sorrows as well!

Anyways, during my preliminary sketches of Azrael, I did a really crude color study to see how I felt about the increased amount of black in the costume. I was going to use this as one of images in the backdrop, but when I monochrome-ized* it, I liked it enough that I thought I should post it. Plus, you know, I’m one post behind, so I needed to catch up. Two bats with one stone! So to speak. 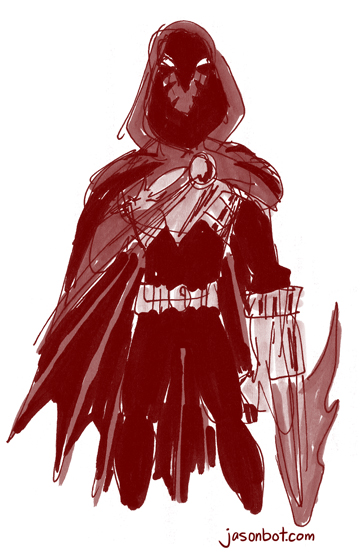